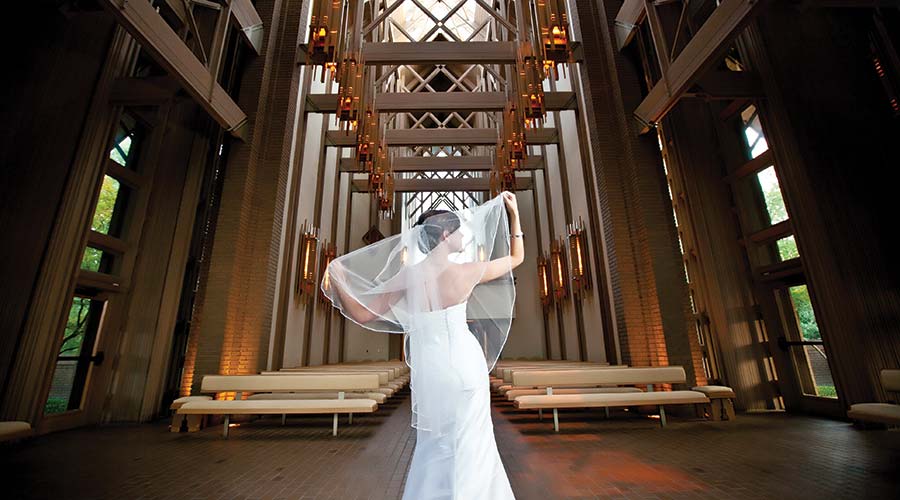 By Laura Samuel Meyn
Above photo by Lynn Michelle Photography

For 30 years, the Marty Leonard Community Chapel has set a dazzling stage for brides and grooms

Its soaring ceiling features large windows crisscrossed with angled mullions, and generous use of wood, glass and brick. It glows in the daytime and sparkles at night. And it’s celebrating a 30th anniversary this year.

The Marty Leonard Community Chapel in Fort Worth was designed by Frank Lloyd Wright apprentice E. Fay Jones, along with Maurice Jennings. It won the Twenty-five Year Award from the Fort Worth chapter of the American Institute of Architects for a design that gracefully stands the test of time. 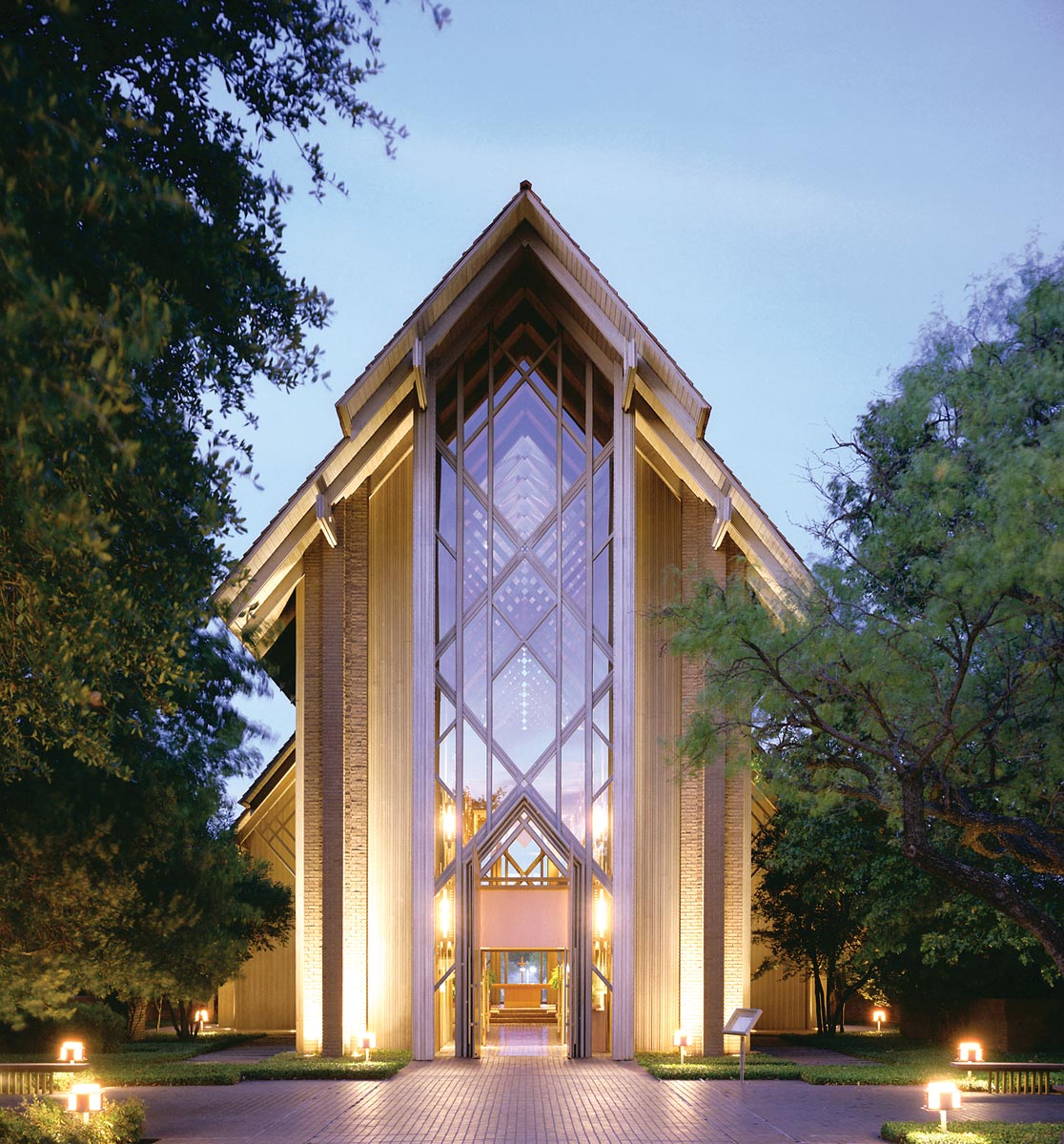 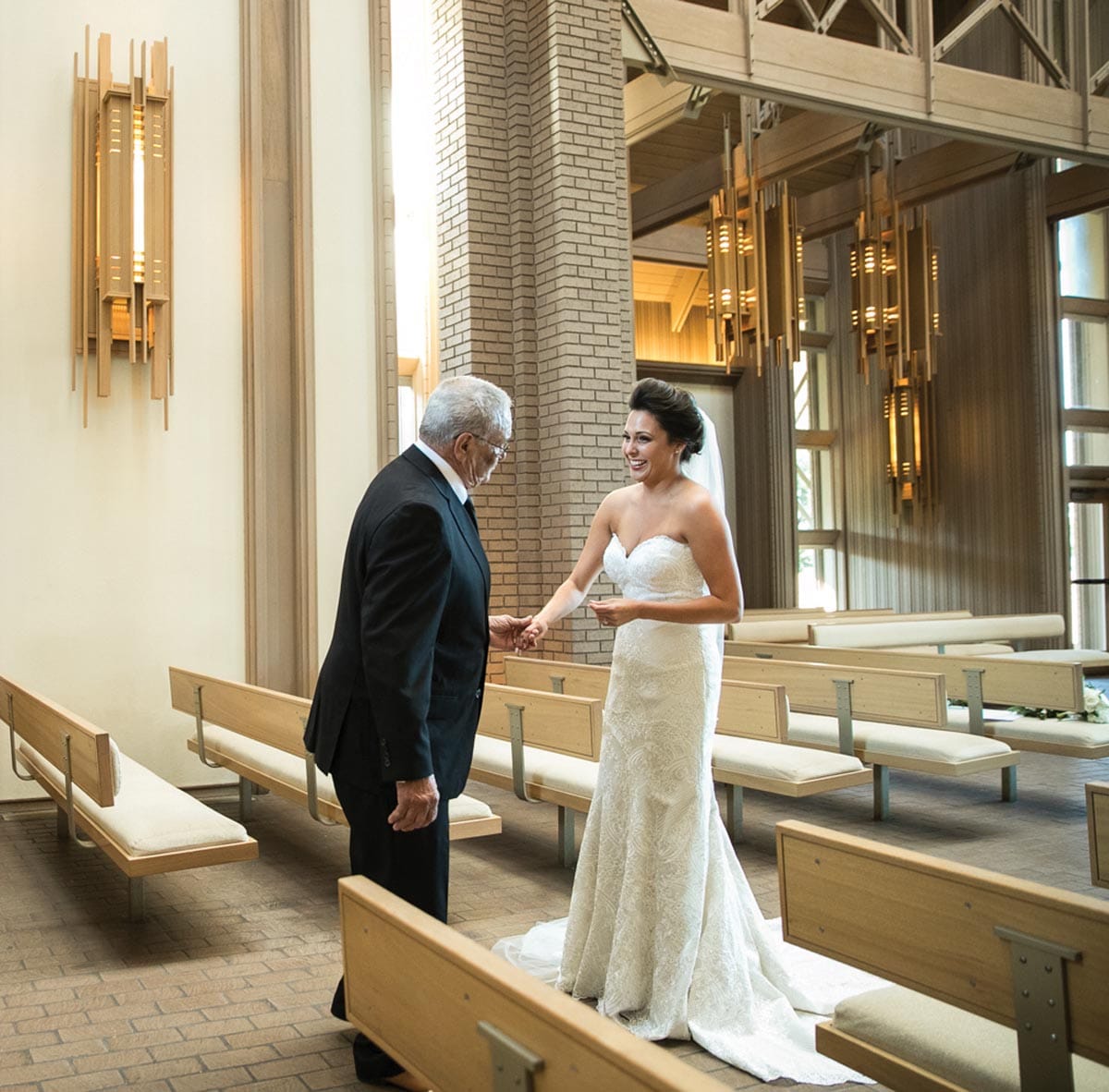 The chapel has been the site of many special moments over 30 years.
Photo by Peyronet Photography

When first built, the chapel stood over an expansive green space. Now, Central Market is located below the swath of land on which it sits. But once inside, you’ll forget that the grocer is nearby. Even the chapel’s parklike setting feels a million miles away from the surrounding neighborhood.

While today the interfaith chapel is a popular wedding venue, hosting some 200 ceremonies a year, originally it was built for the children and families housed by Lena Pope. Named for Fort Worth philanthropist and longtime Lena Pope board member Marty Leonard, who helped raise money for the building’s 1990 construction, the chapel marks not only its 30th anniversary but also Leonard’s 60th year on the board and the agency’s 90th year in operation. When Lena Pope transitioned its focus away from residential services toward counseling and education programs for children, the chapel became available for wedding ceremonies.

Couples will find a dramatic yet intimate two-story sanctuary — it seats 200 — with a choir loft and a powerful church organ, installed in 2016, that fills the space with music. Practical concerns are addressed in the lower level dressing areas, ample on-site parking and a reception space on campus at the nearby Amon Carter Center. It’s more than just a pretty venue — wedding-rental proceeds directly fund Lena Pope’s programs and services. Marty Leonard Community Chapel is available seven days a week, with reduced rates for weekday and daytime ceremonies. 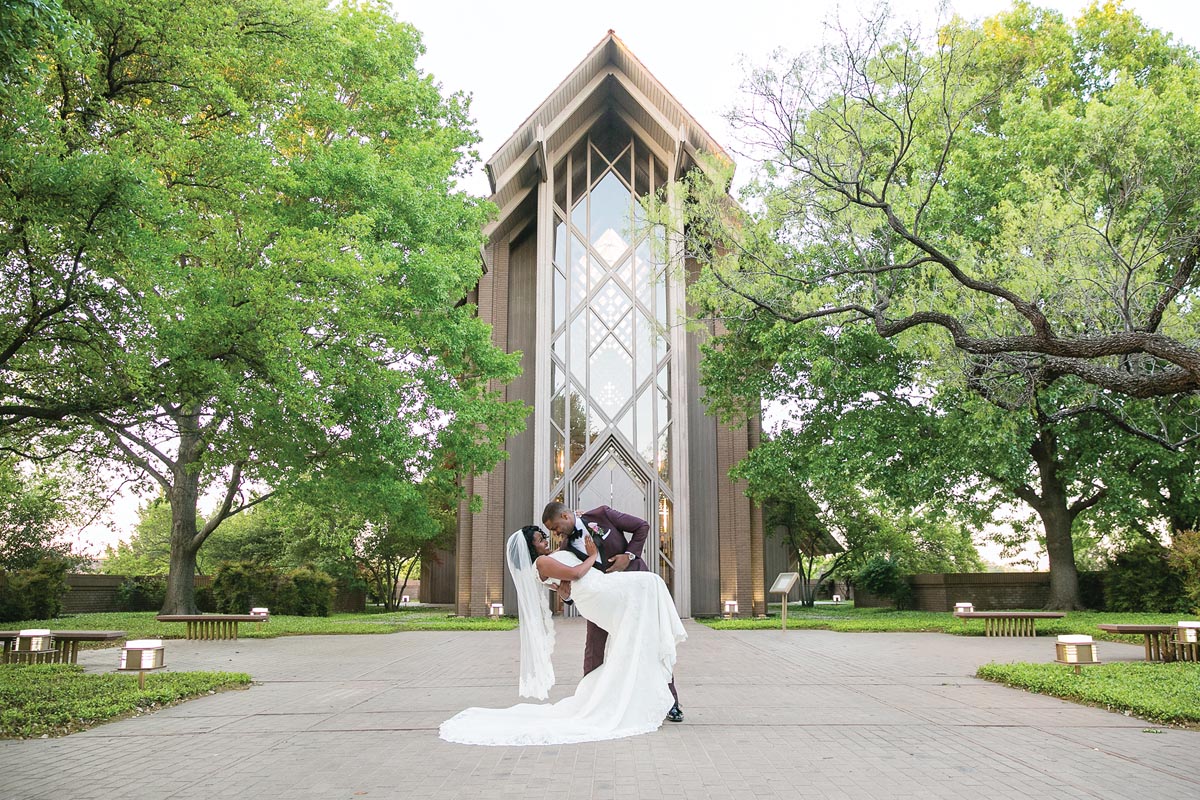 The parklike grounds of the chapel offer even more photo opportunities.
Photo by The Purple Pebble Photography