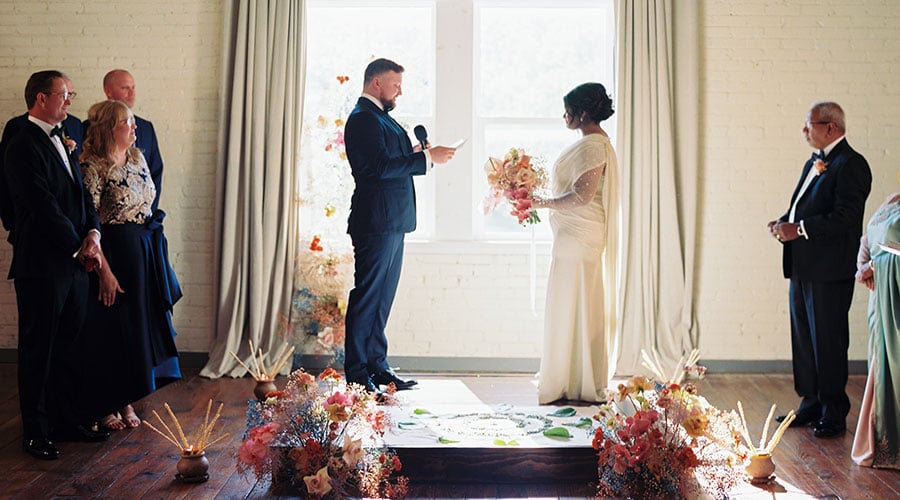 PLANNING DURING A PANDEMIC

Neesha and Gauge chose a wedding date a year and a half out from their engagement so that they would have plenty of time to plan. Luckily, their big day landed after the worst of the pandemic, so they were able to dodge some COVID-19 restrictions. However, they still wanted to optimize safety for their guests, so they made the decision to limit the guest list and encouraged everyone to get vaccinated before the wedding.

Neesha wanted their wedding to be “a little funky, yet fresh” and to showcase her cultural connection to Sri Lanka. She didn’t know where to begin, but her wedding planner KC Cloud was able to take that vision and bring it to life. Using elements that were authentic to the couple, KC created a ceremony with both traditional Sri Lankan and modern American components. 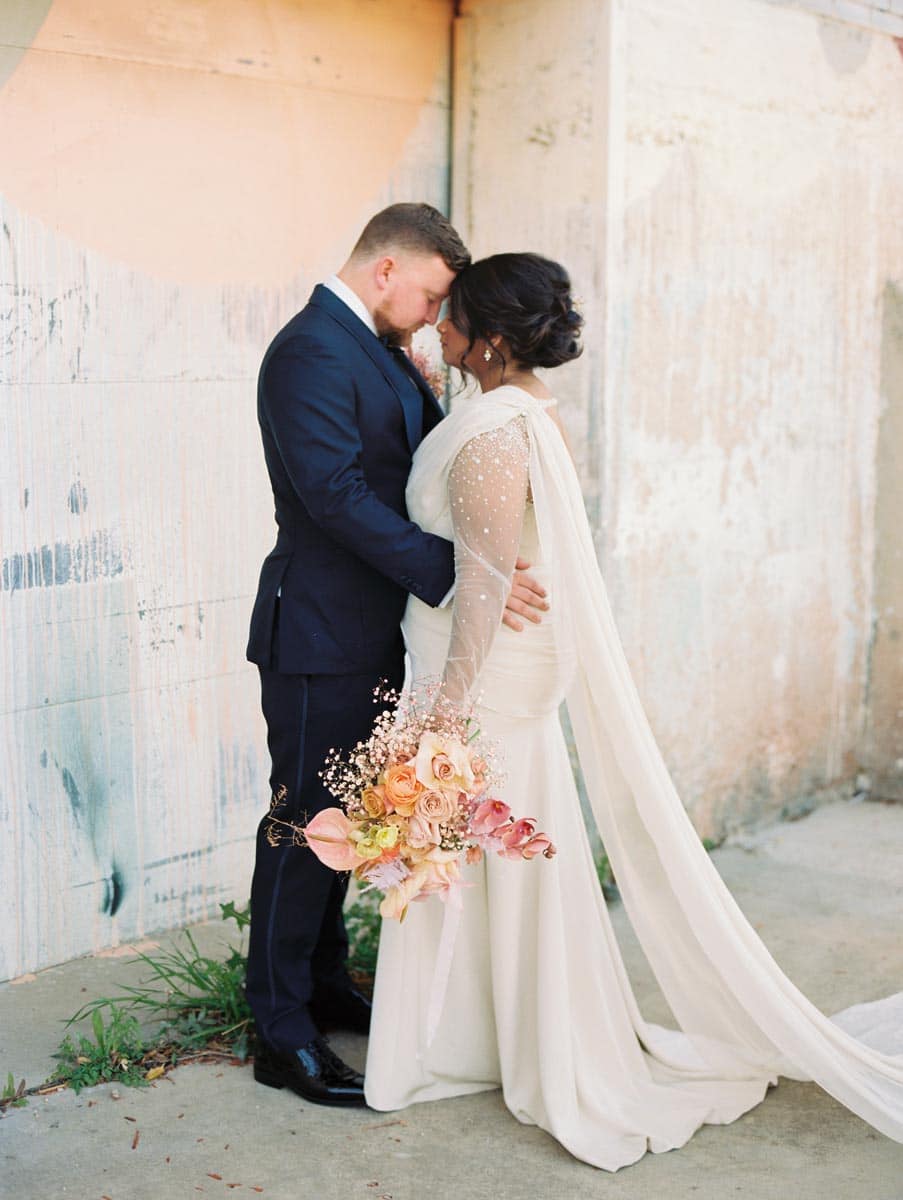 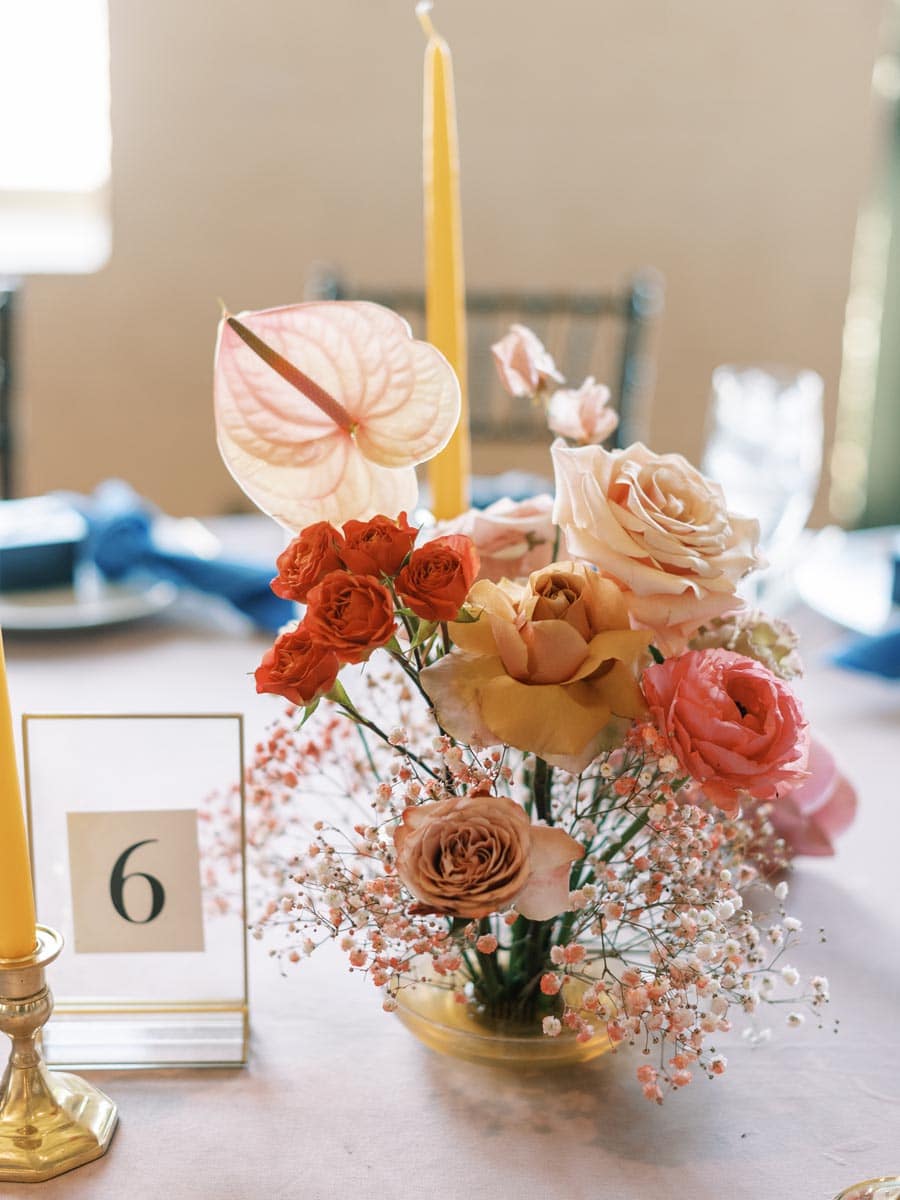 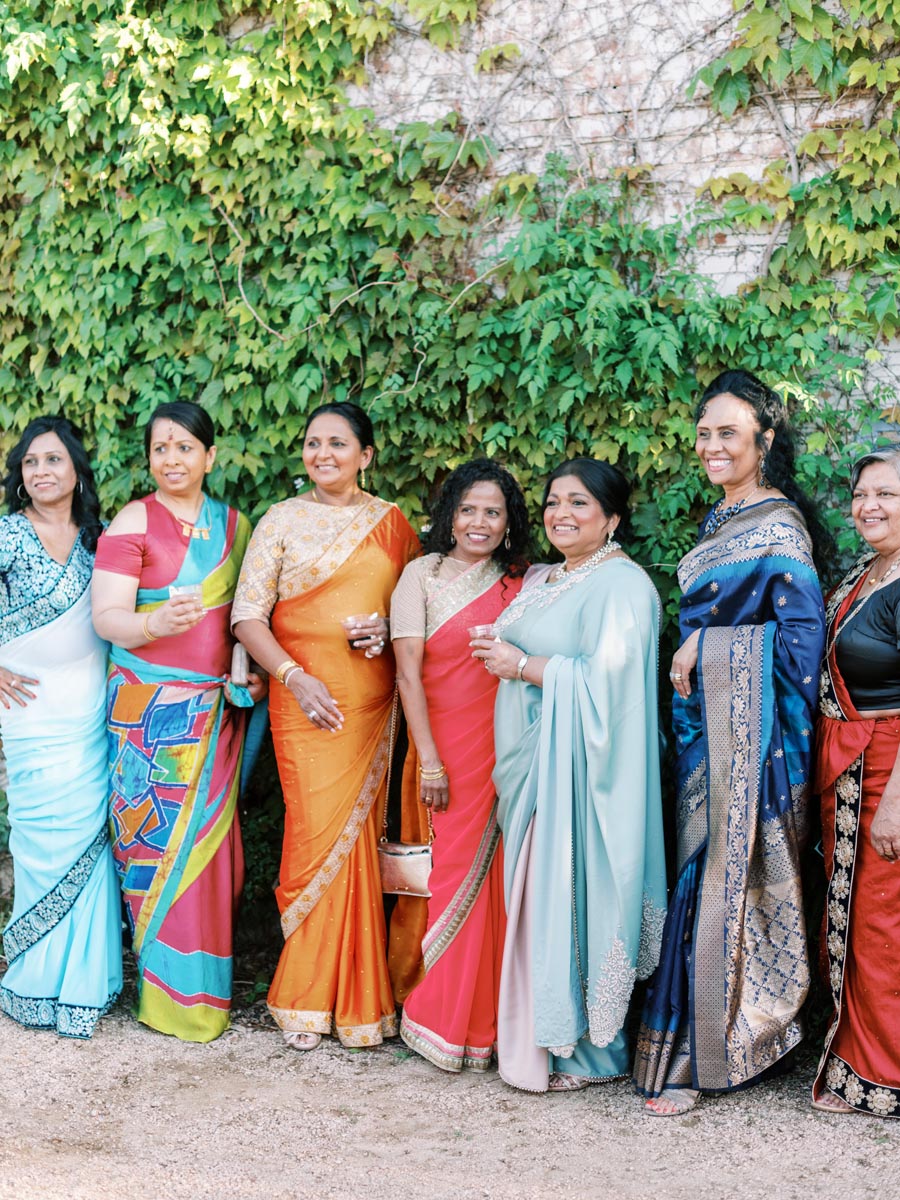 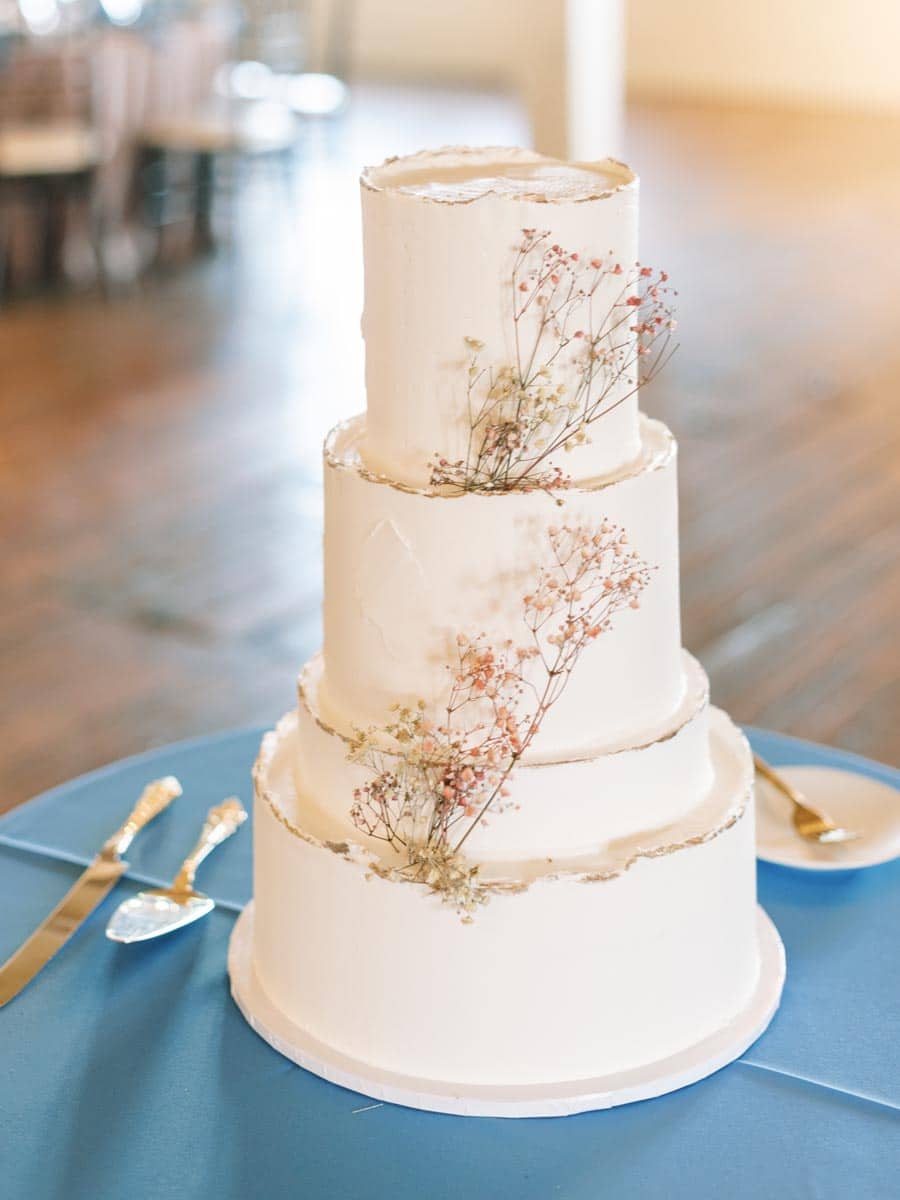 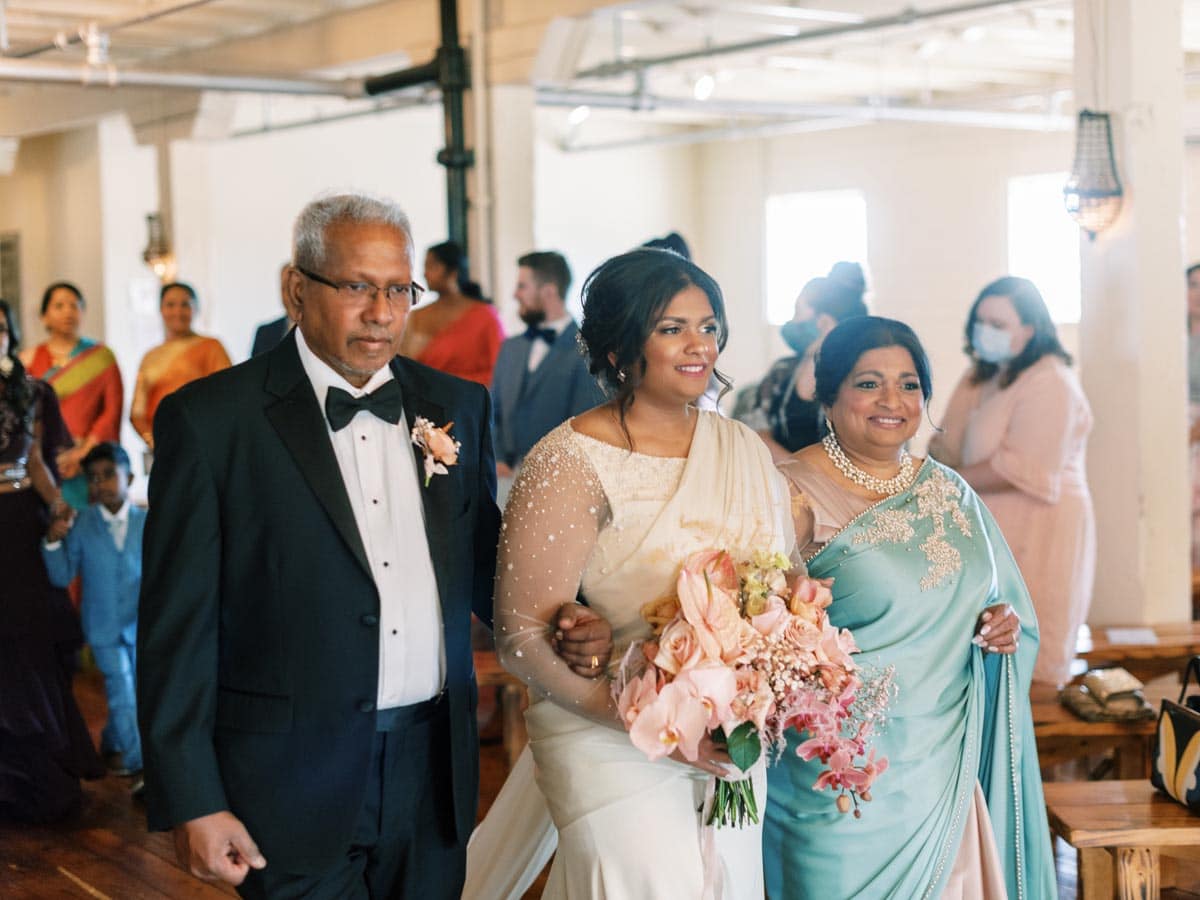 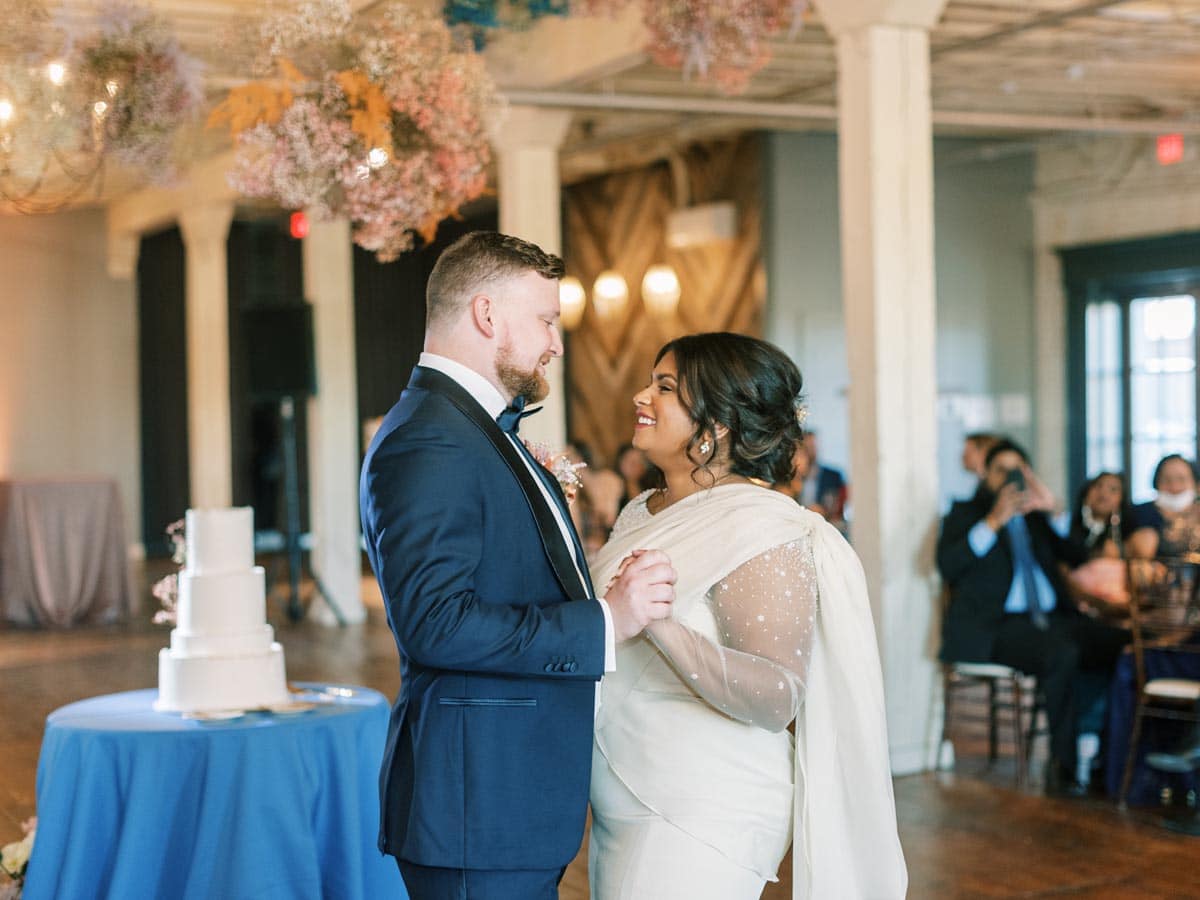 The industrial aura of Fort Worth’s Historic Southside district, where Gauge works, inspired their venue choice. The BRIK, a revitalized textile building, had the exact atmosphere they wanted.

Neesha wanted flowers to be the most sensational part of her décor, so she incorporated vibrant pinks, oranges and yellows into her bouquet and arrangements. Orchids were also included because they are a common flower in Sri Lanka.

Neesha always wanted to wear a sari on her big day. She and her mom were going to travel to Sri Lanka to find the perfect one, but the pandemic altered their plans. Neesha wound up getting a custom sari from designer Elizabeth Leese. She was able to turn Neesha’s dreams into a reality by capturing the essence of a sari while including Western wedding dress elements.

Their cake was simple and tied in the baby’s breath from their décor.

It was a colorfu, dreamy day filled with so much love and meaningful traditions. 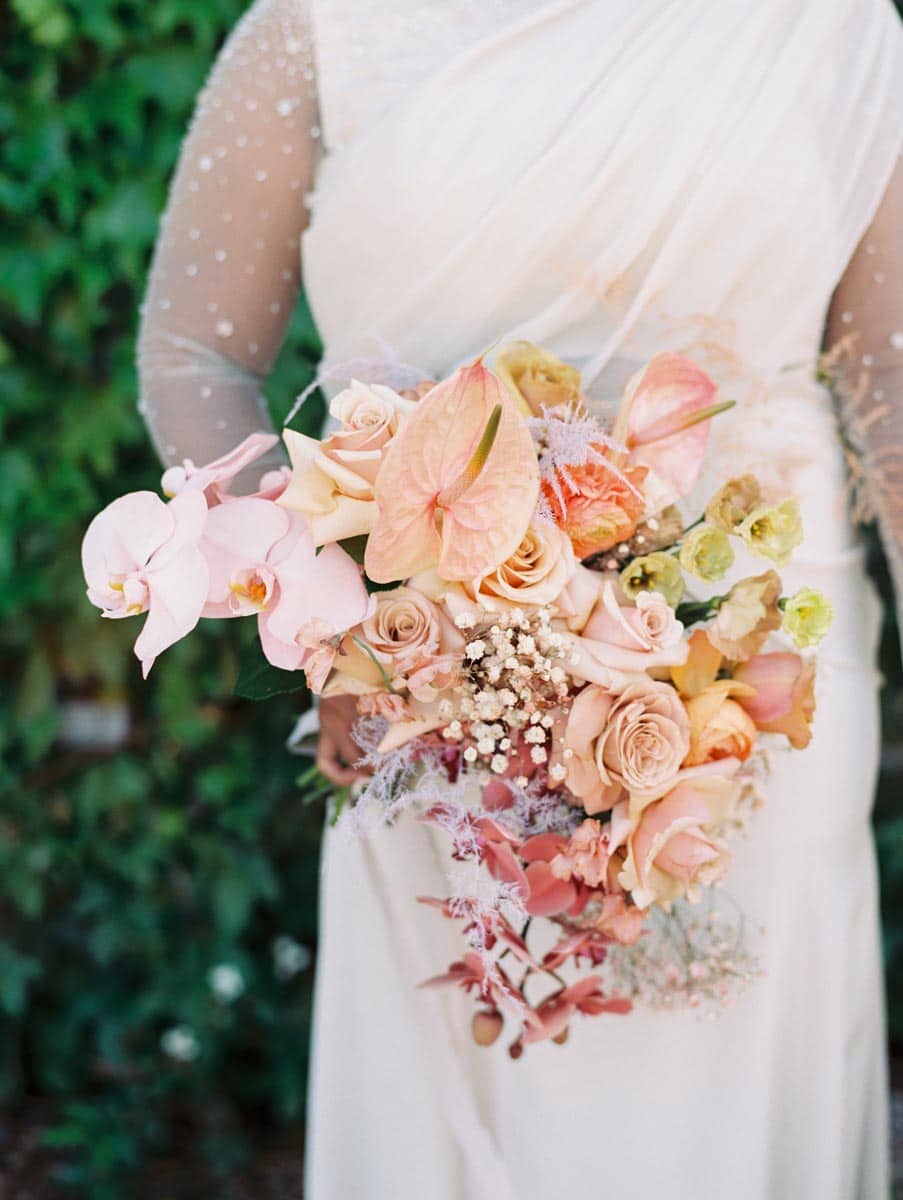 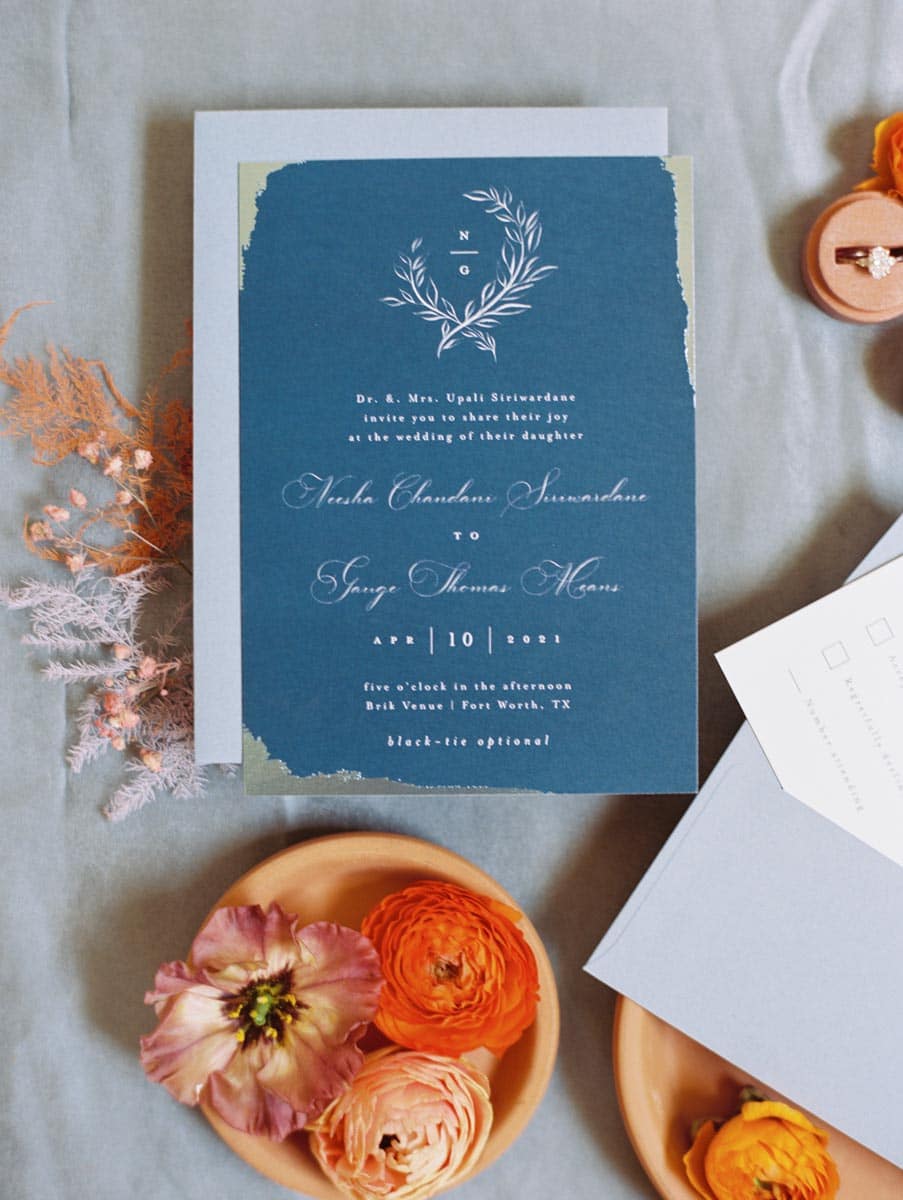 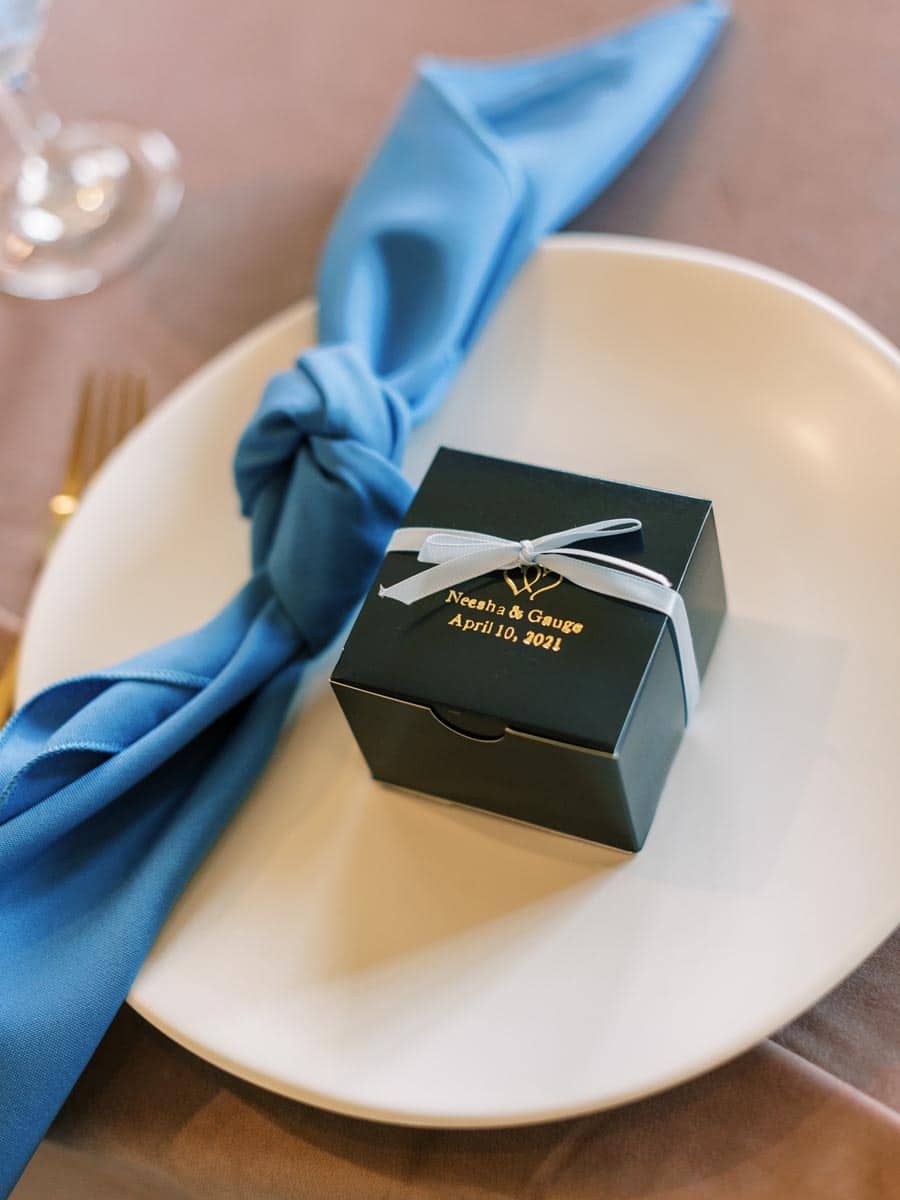 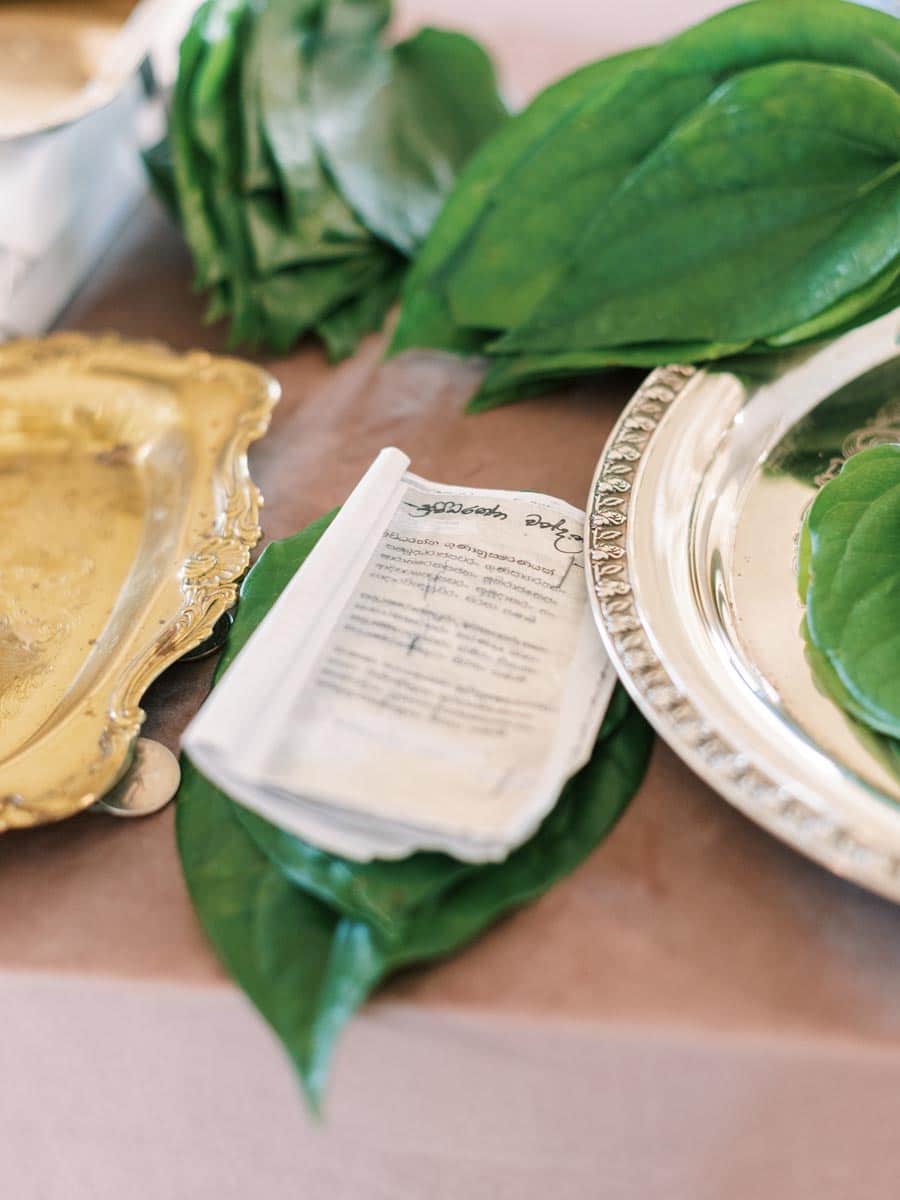 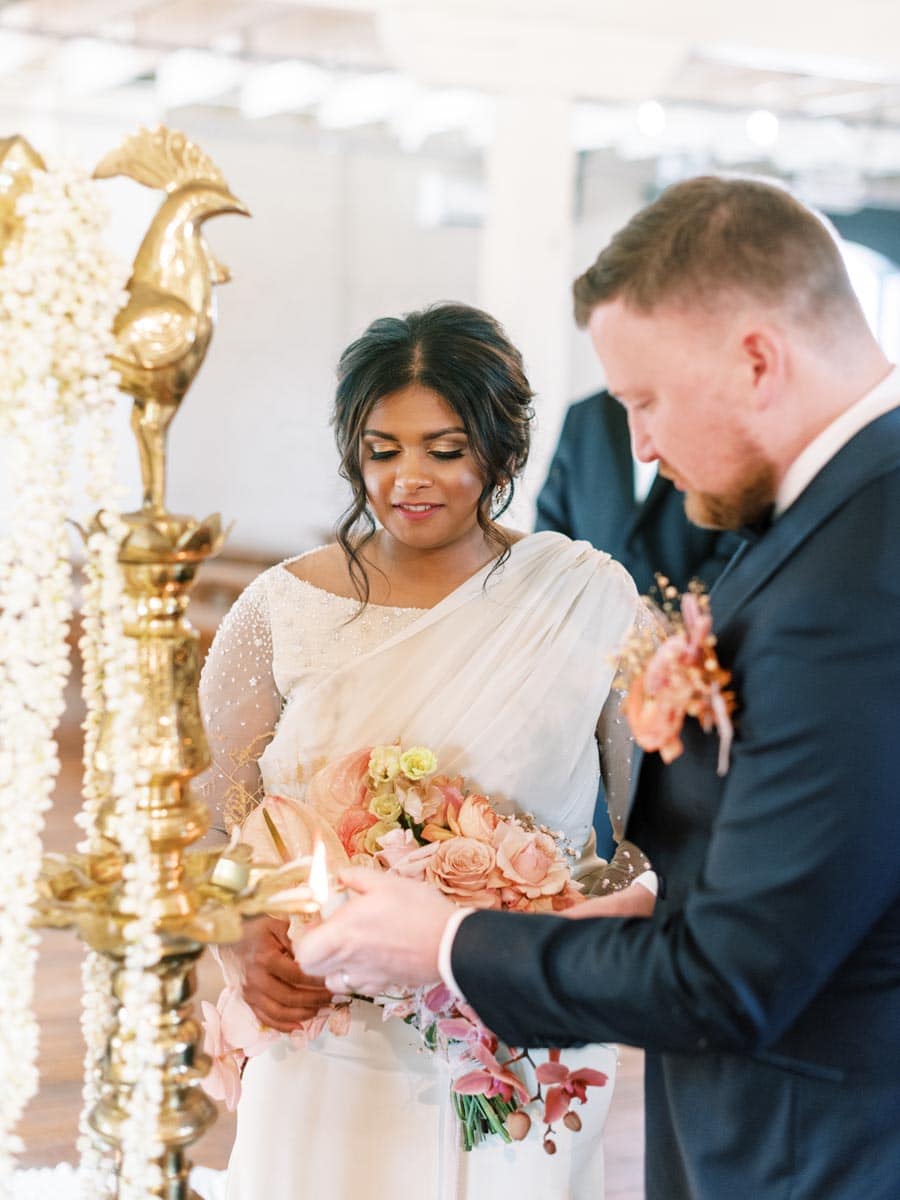 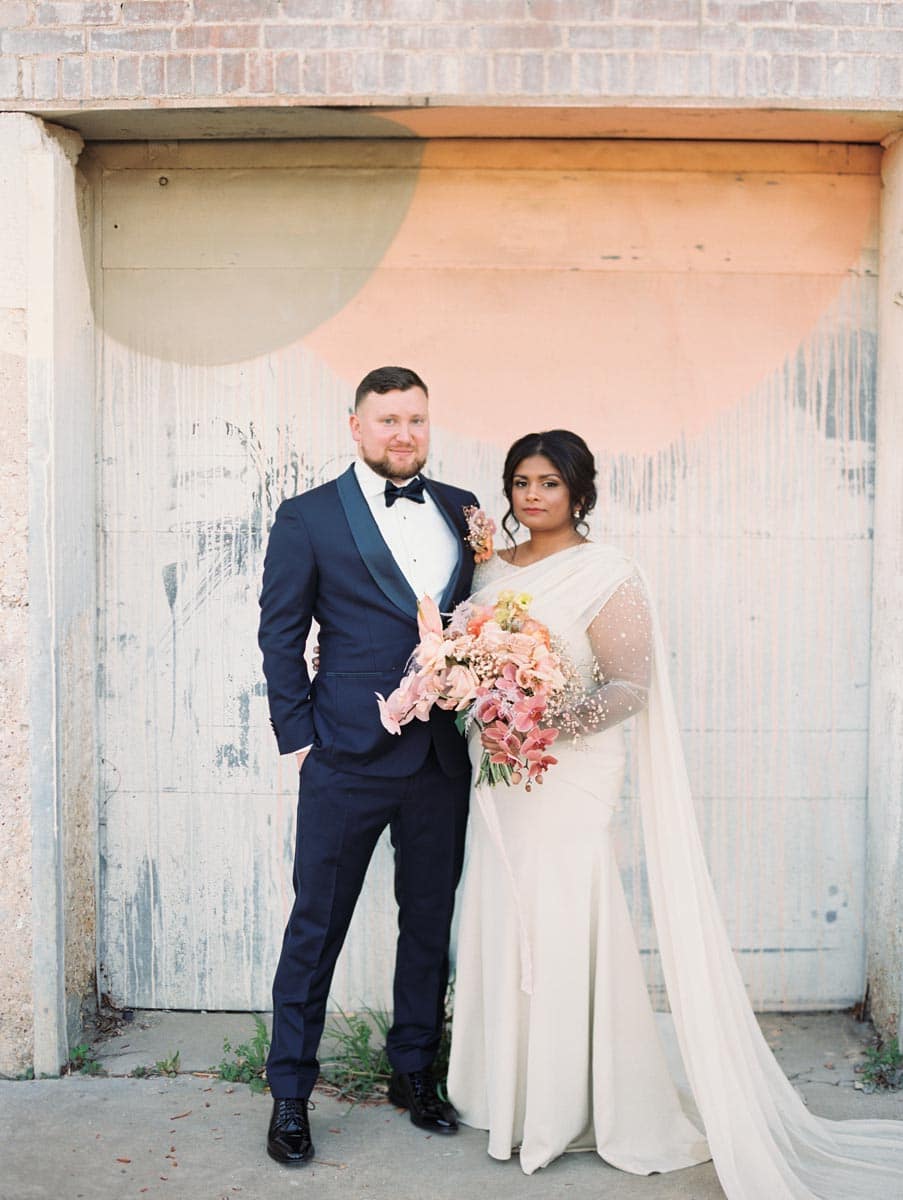