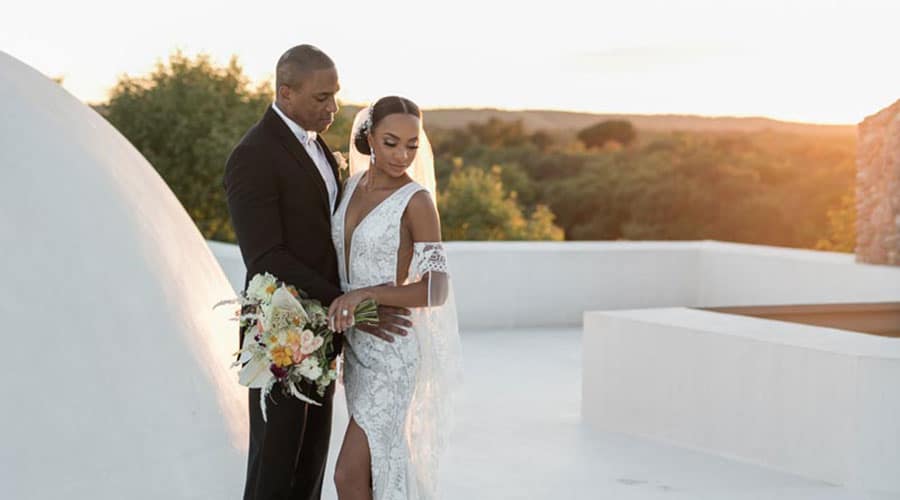 KOREN AND BRANDON forgot that they met in 2014 until they met again at a club a year later. Their two friend groups merged, and the two caught each other’s eye from opposite ends of the table. They both went inside to grab a drink and ended up spending the rest of the night drinking, dancing and talking. Later, their friends showed them a photo from the first time they met, and Koren knew it was more than a sheer coincidence.

With the help of a travel agent, Brandon arranged a surprise proposal for their vacation to Riviera Maya, Mexico. On the night of the proposal, they went to a private, six-course dinner with a beautiful setup. The server said he had a special surprise and brought out a silver platter with the ring on it. Brandon got down on one knee, and Koren said yes. Afterward, they celebrated with champagne and shared the news with family and friends.

The Mediterranean vibe of Stoney Ridge Villa worked perfectly for their classy, bohemian chic theme. Koren wanted to incorporate pampas grass into the decor, which paired well with the vines and greenery on the venue’s stone walls. The ceremony and cocktail hour took place outside, and the natural beauty was a big part of the appeal. A bar cart greeted guests with water and champagne at the ceremony, and palm fan wedding programs were placed on each seat. Pampas grass and palms surrounded the altar, and the white chairs kept it crisp and clean. 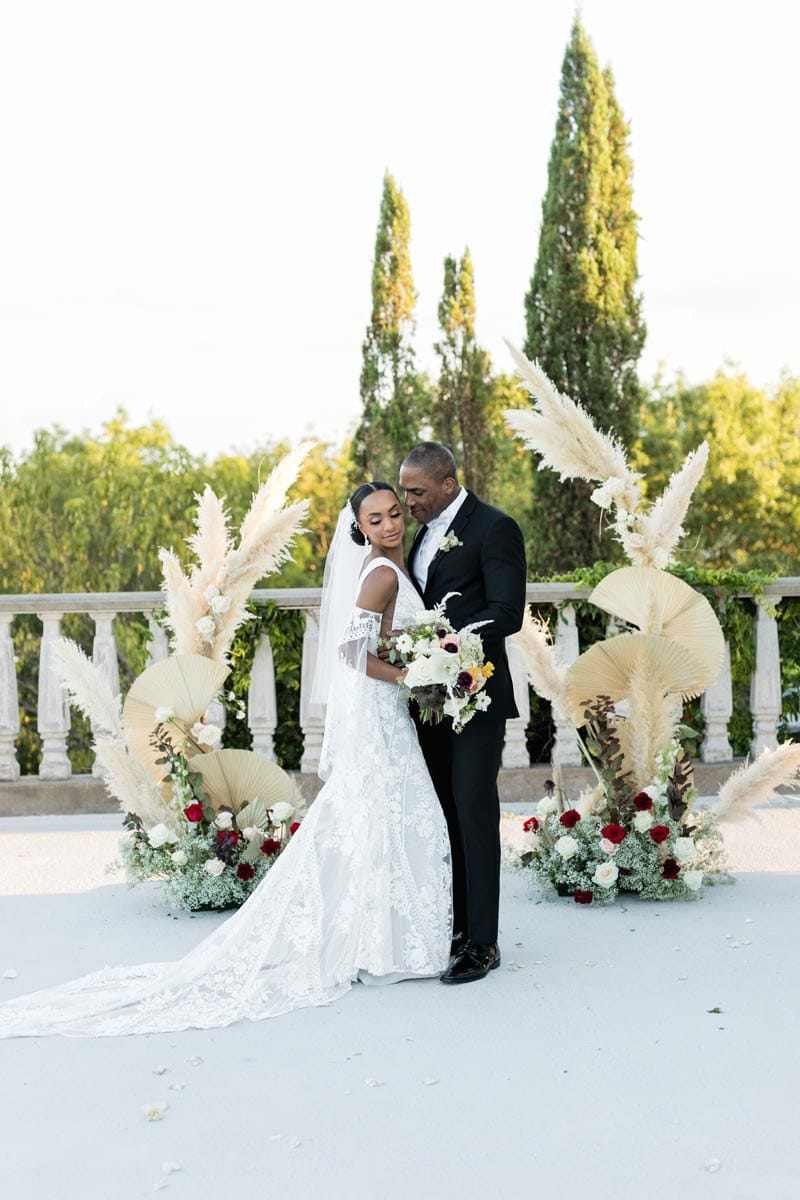 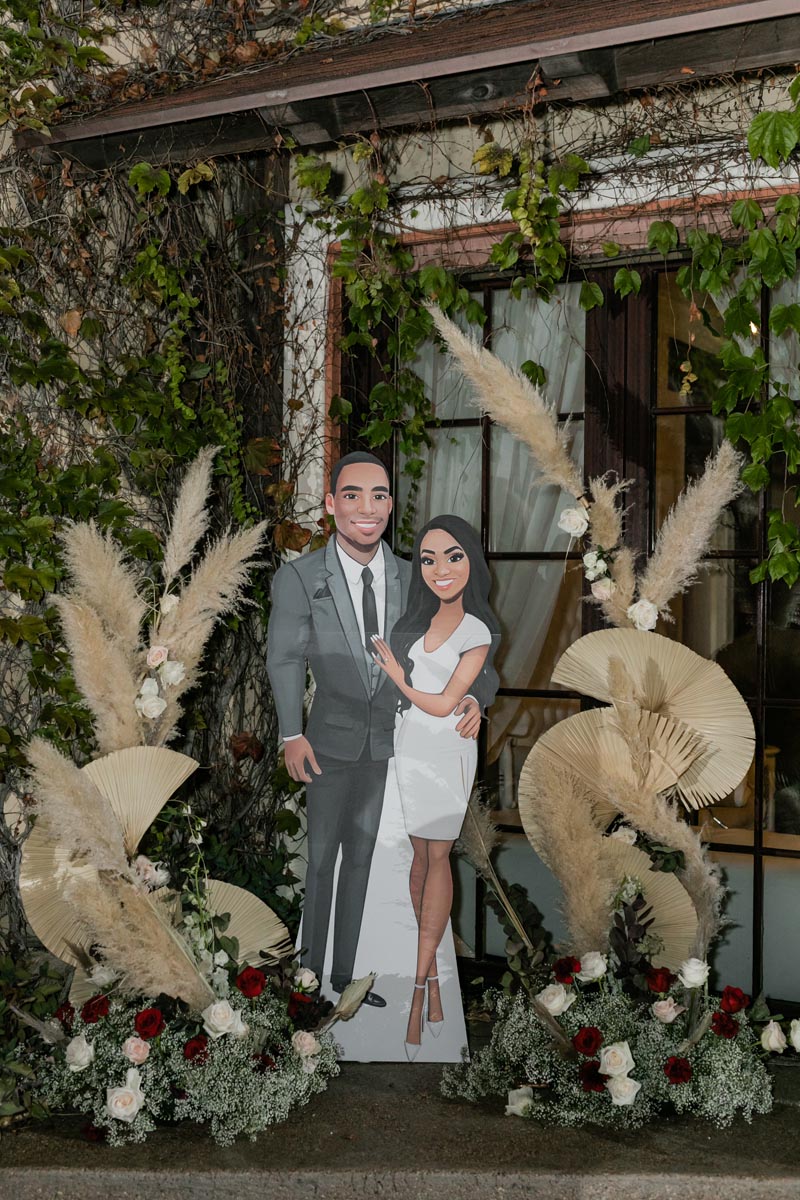 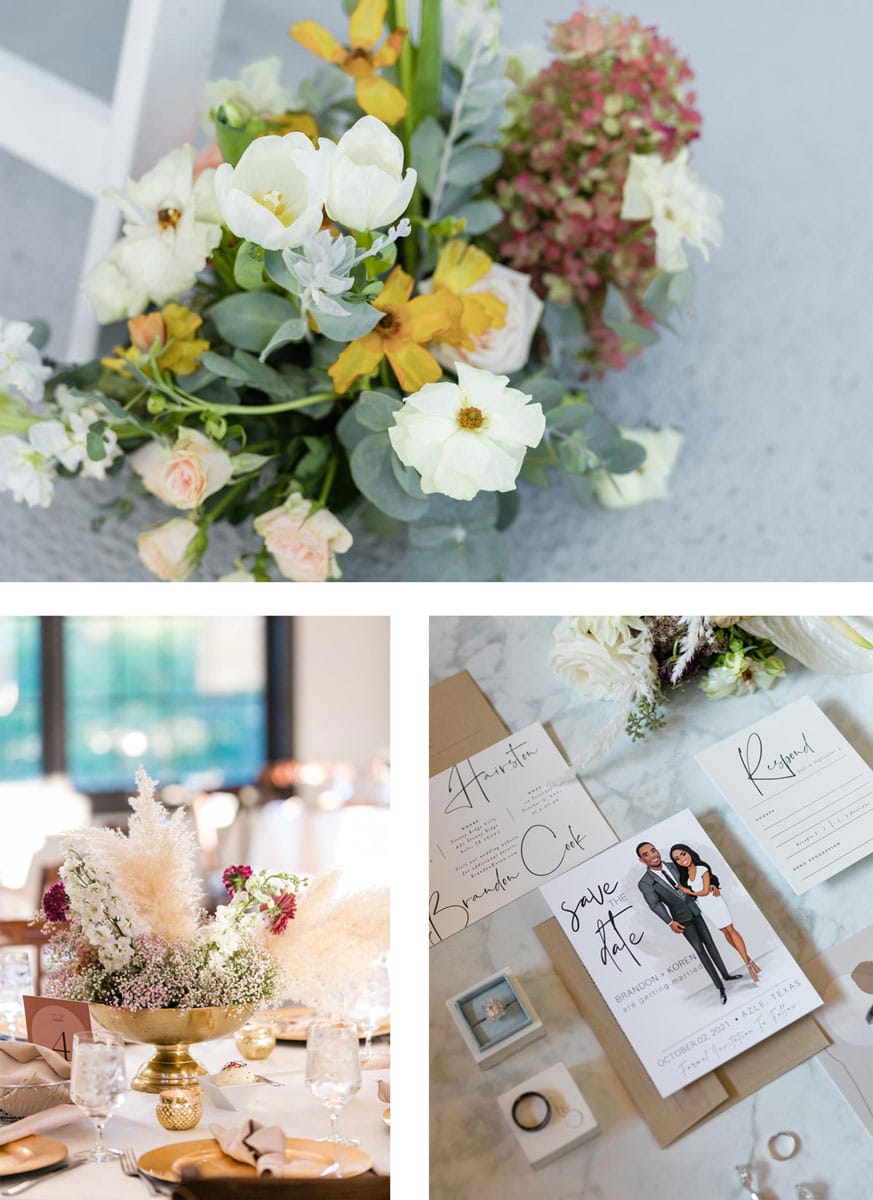 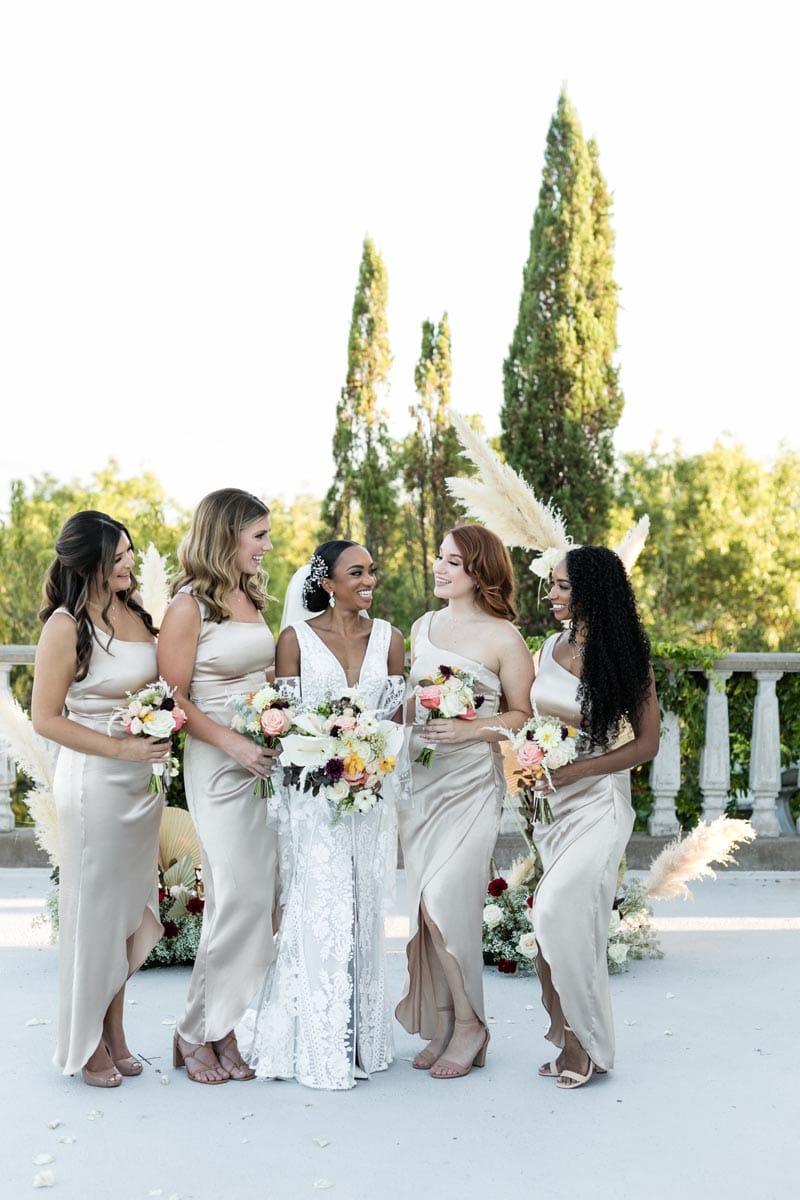 Brandon knew she wanted a unique ring, so he made sure to get Koren her dream engagement ring—a custom Heidi Gibson design. Koren’s favorite part of her wedding fashion was her gown with floral lace, interchangeable sleeves and a slit at the front.

Koren designed their save-the-dates and invitation suite. Koren loves cartoons, so she had artist Nicole Steffes draw a cartoon of the couple that appeared in the stationery. They also made the drawing into a life-size cutout so guests could take photos with it.

For their reception, they wanted to make sure everyone could watch and felt included during the speeches, toasts and dances. The centerpieces were kept smaller to avoid blocking anyone’s view. After cutting the cake, the remainder of the reception took place outside where the cocktail hour was held, with an area for people to sit and chat, as lights twinkled overhead. Guests enjoyed an open bar and the couple’s signature drinks.

“Our last dance with no one around was the best moment,” Koren said. “We danced to our new favorite song, ‘3 Words’ by AKA Block & James Lamb.”

After partying the night away, the newlyweds drove off in Koren’s Tesla Model X with butterfly doors. 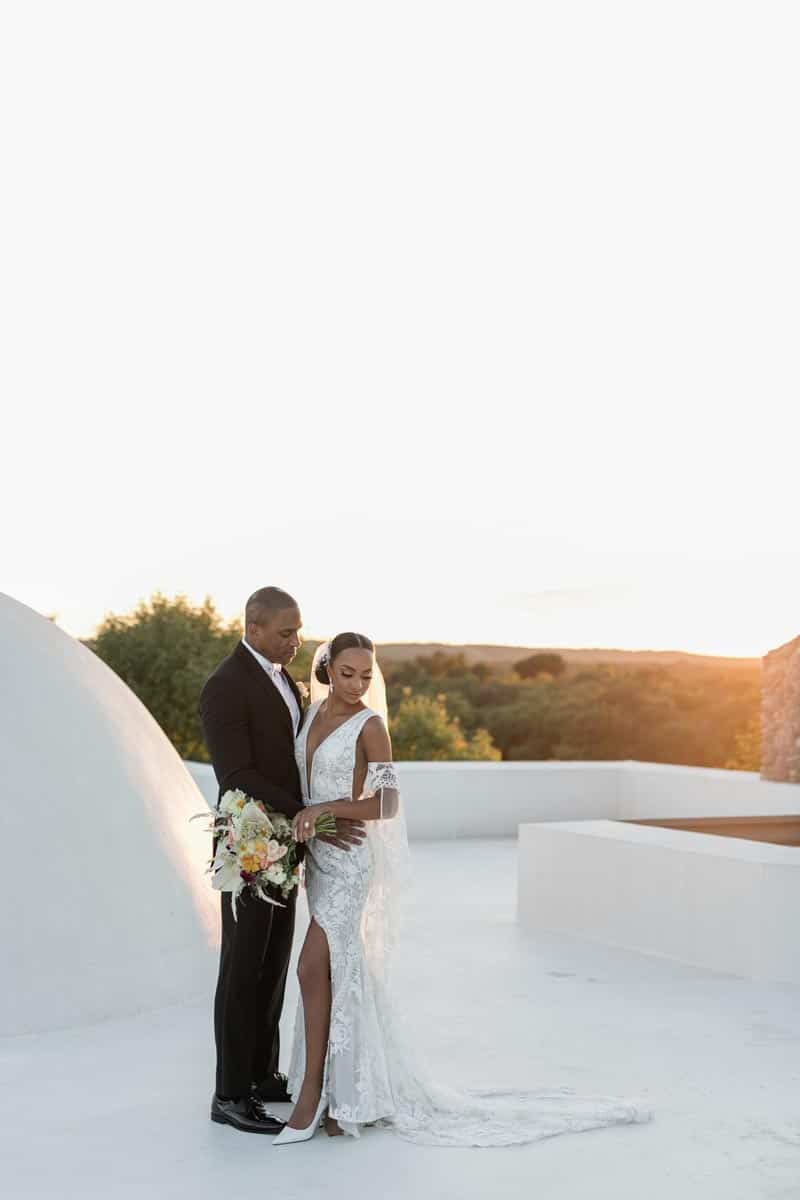 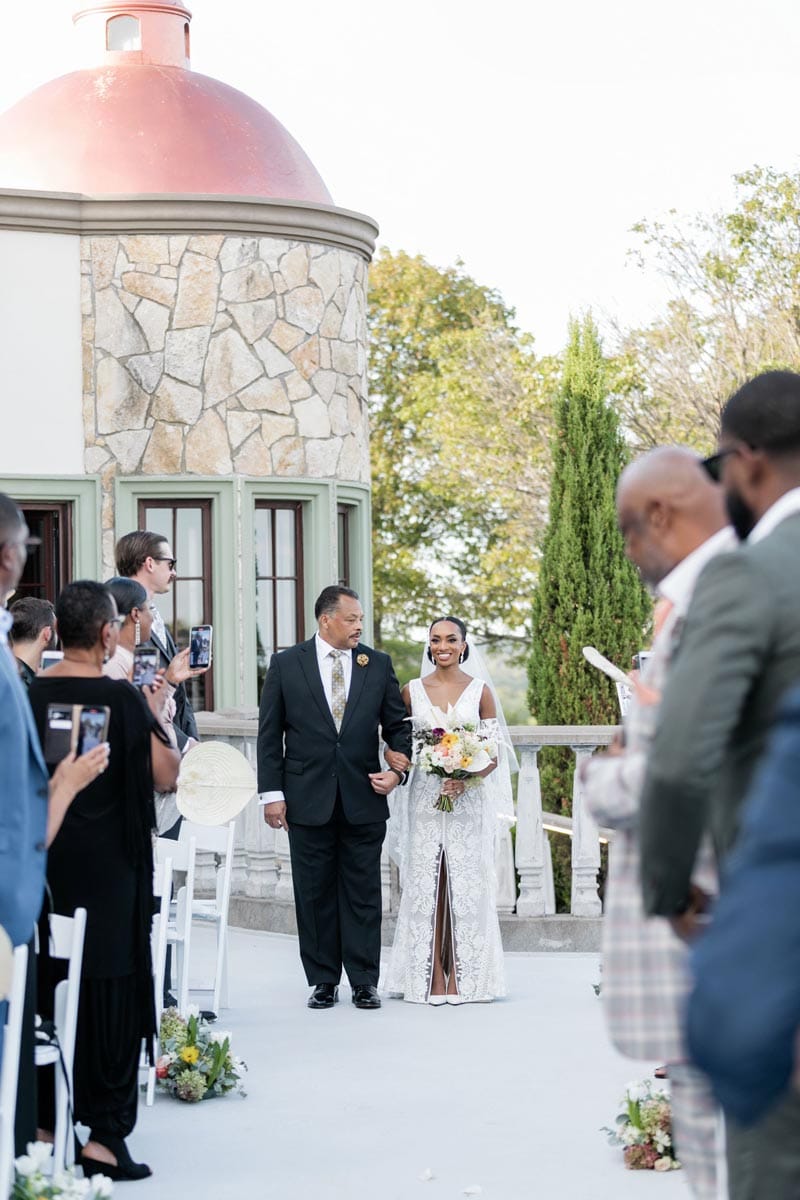 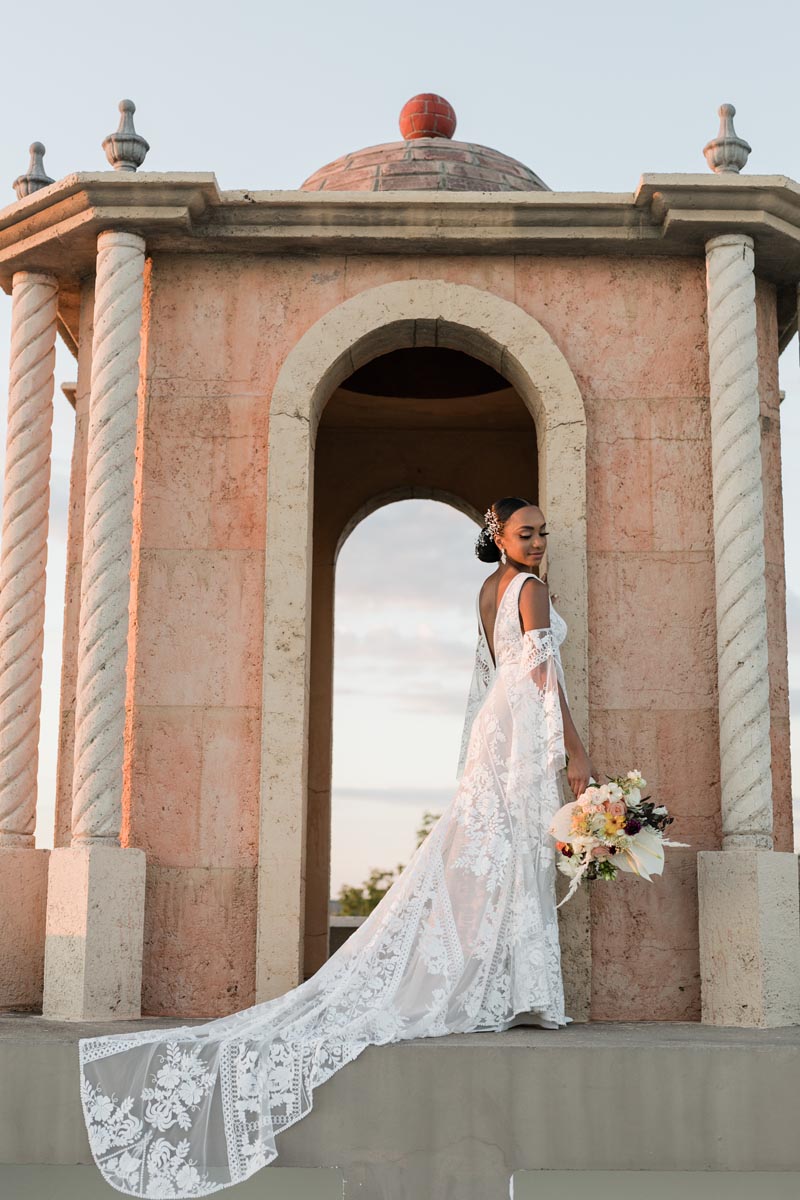 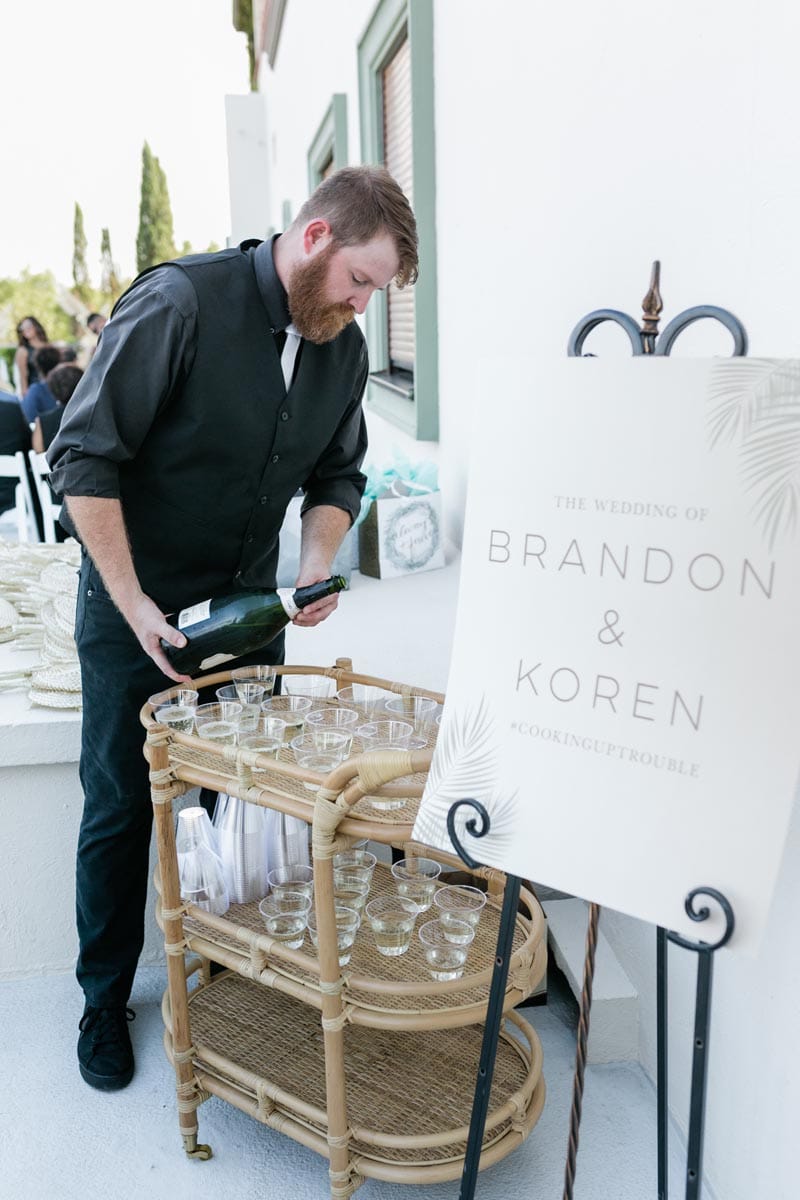