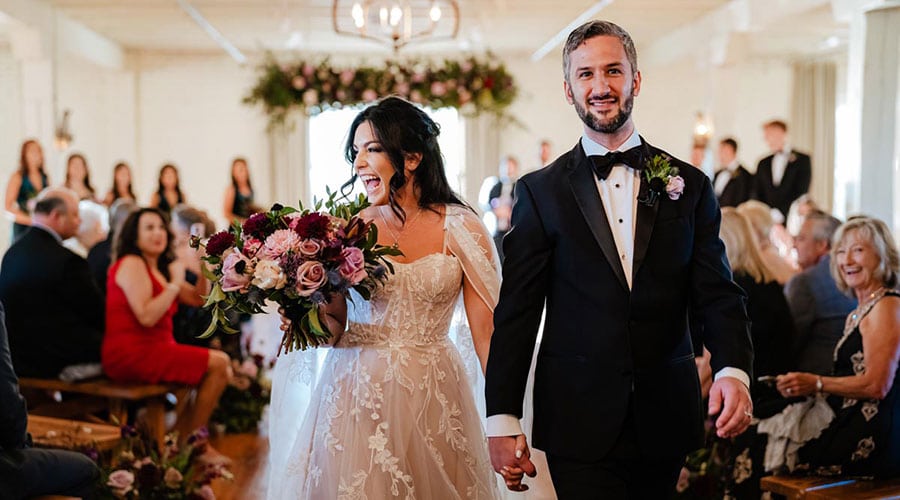 EGAN AND CHRIS met on Tinder. After four years together, Chris proposed during Christmas of 2019. Megan is a huge Harry Potter fan, so Chris commissioned crochet versions of the couple and their pets in Harry Potter attire as a Christmas gift. It came with a small Hogwarts trunk that held the ring, and once Megan opened it, Chris asked her to marry him. It was perfect and the best gift Megan ever received.

Early on, they hired Jade Batangan as their wedding planner. With her help, the planning process went smoothly. Megan was grateful that she had help locking in great vendors early on. They chose to get married at BRIK Venue because they loved the style, with its hardwood floors and exposed brick walls, as well as the ability to have both the ceremony and reception at the same place. 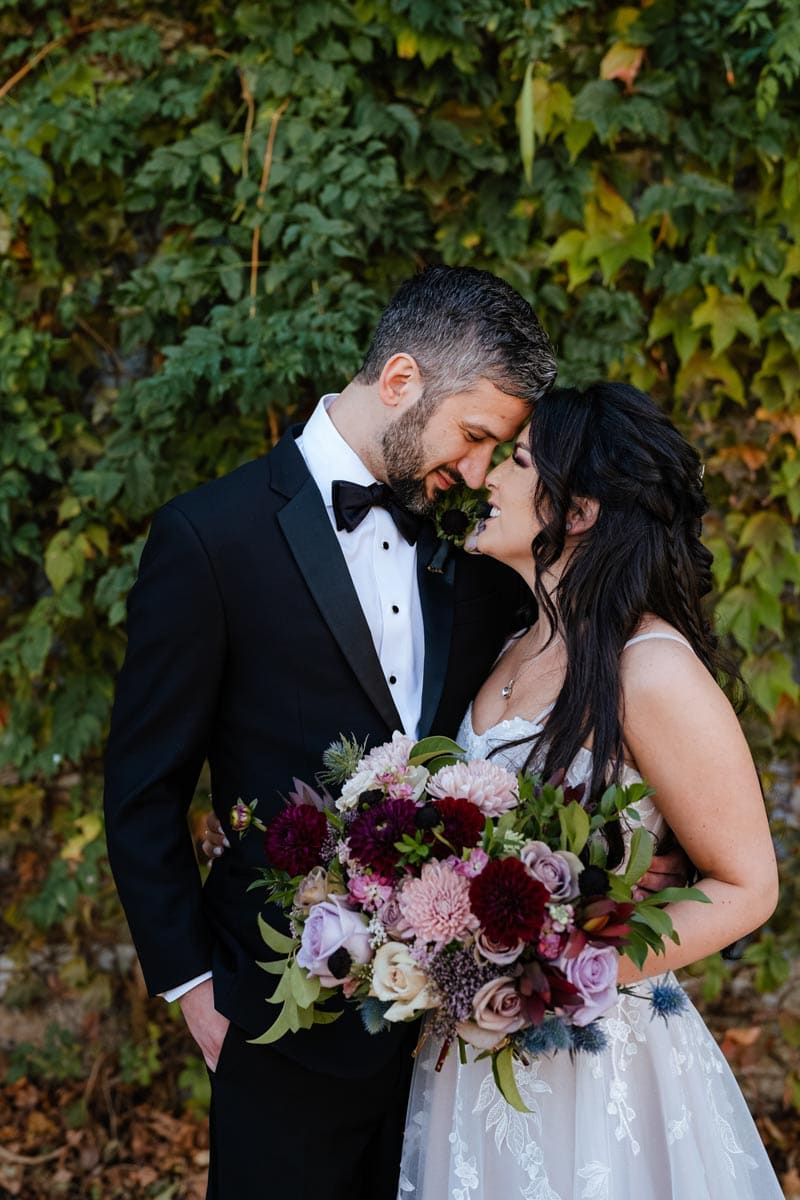 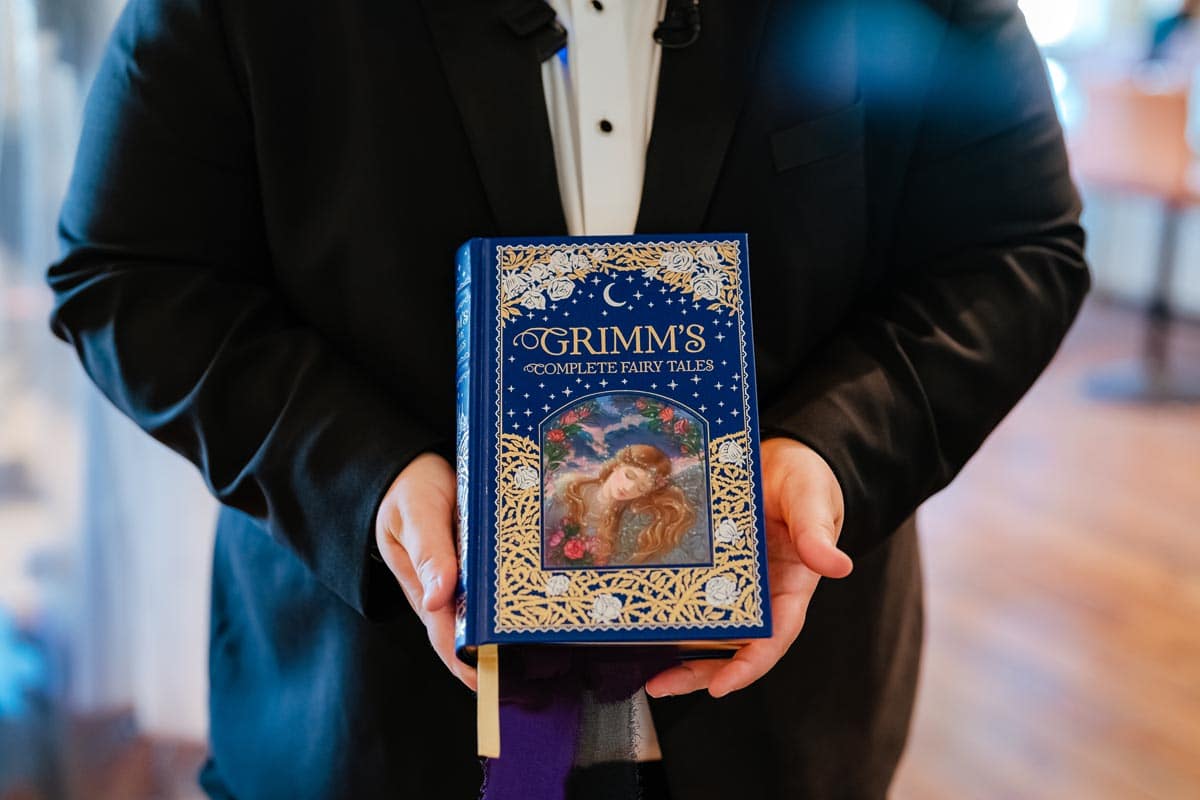 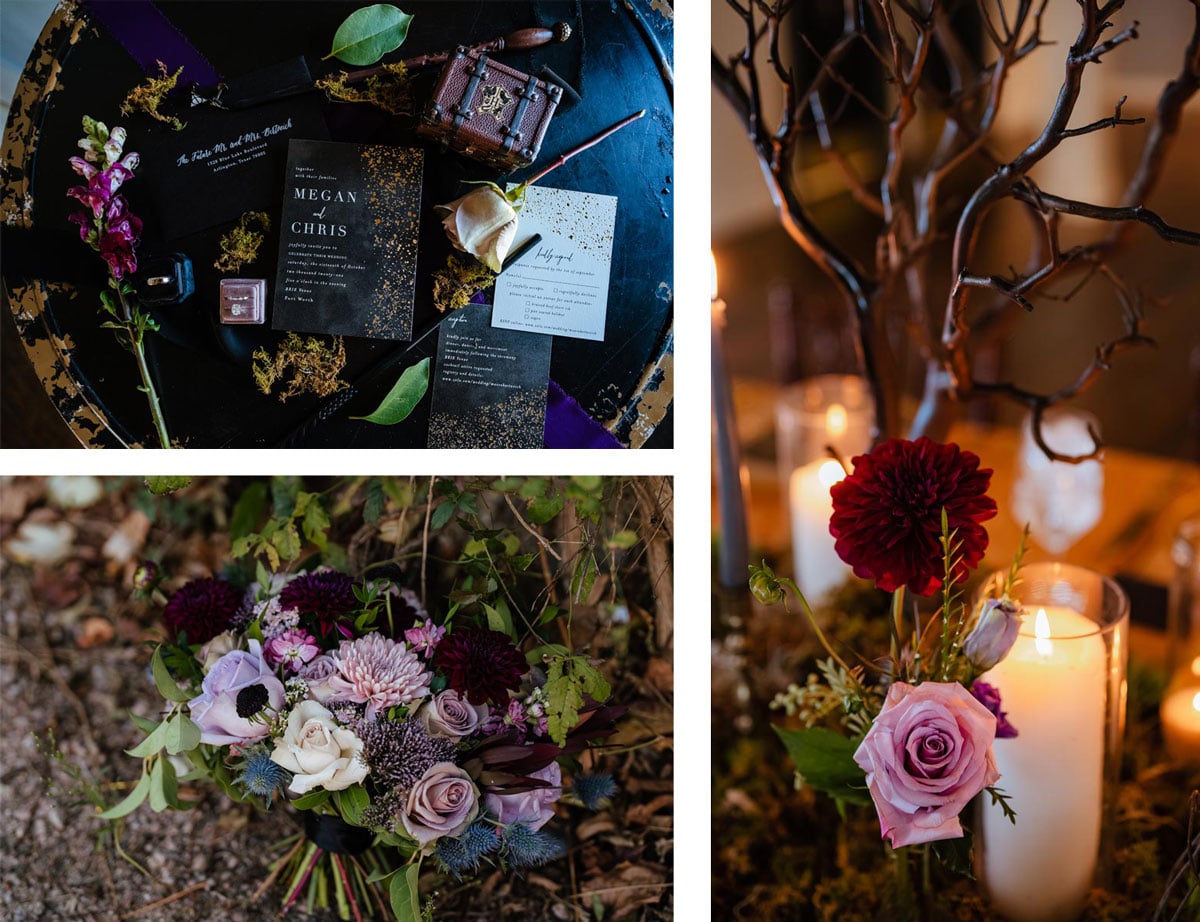 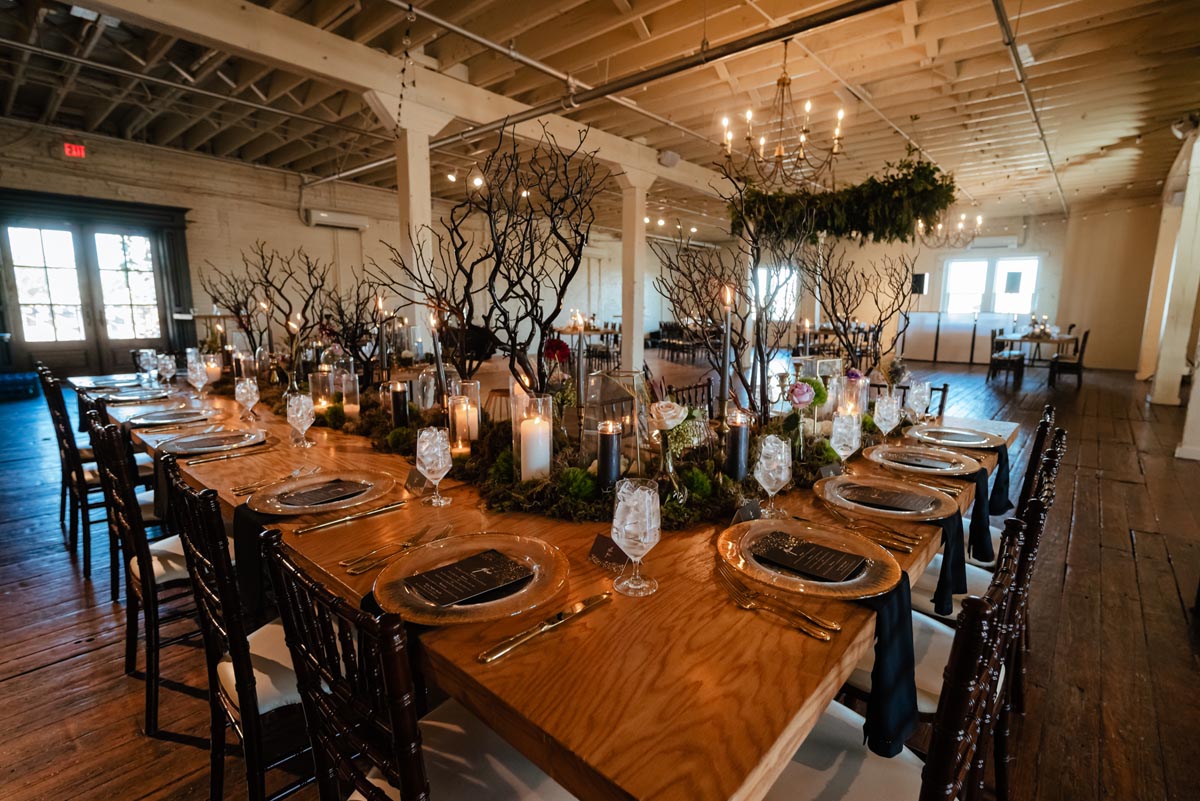 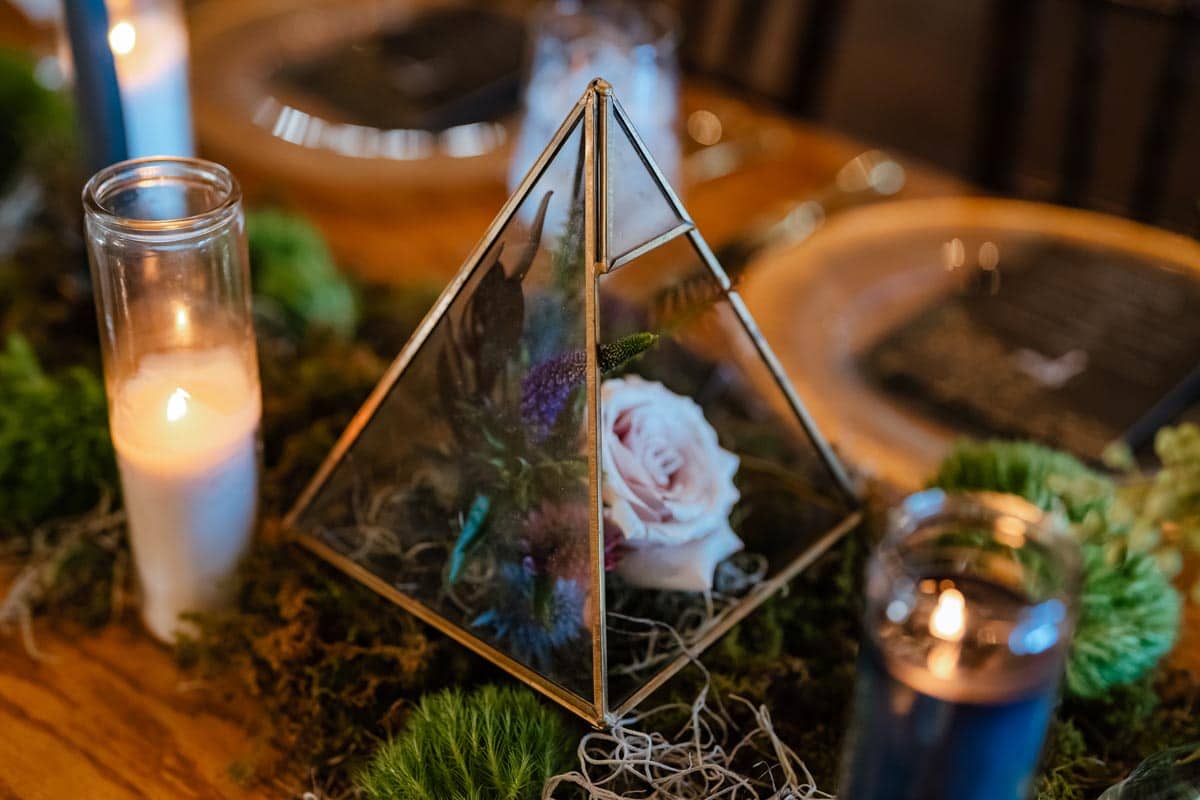 Megan and Chris love fantasy books and wanted a dark, moody color palette for their wedding. With this in mind, they came up with a magical forest theme using dark green, black, deep purple and gold.

Vivienne & Vine went above and beyond to create the magical forest Megan wanted. A hanging installation with greenery and purple blooms served as the backdrop for the ceremony, and a large greenery grid hung above the dance floor at the reception. Moss, floral and black tree centerpieces topped the tables. 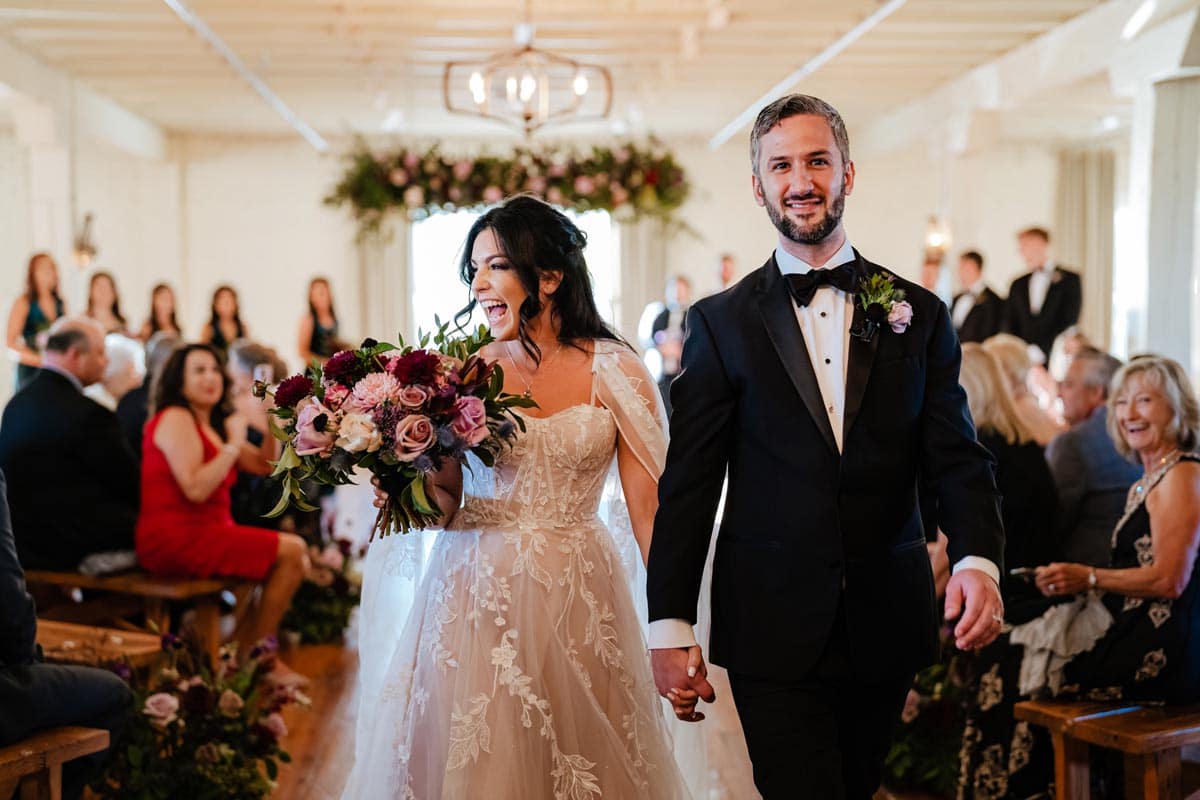 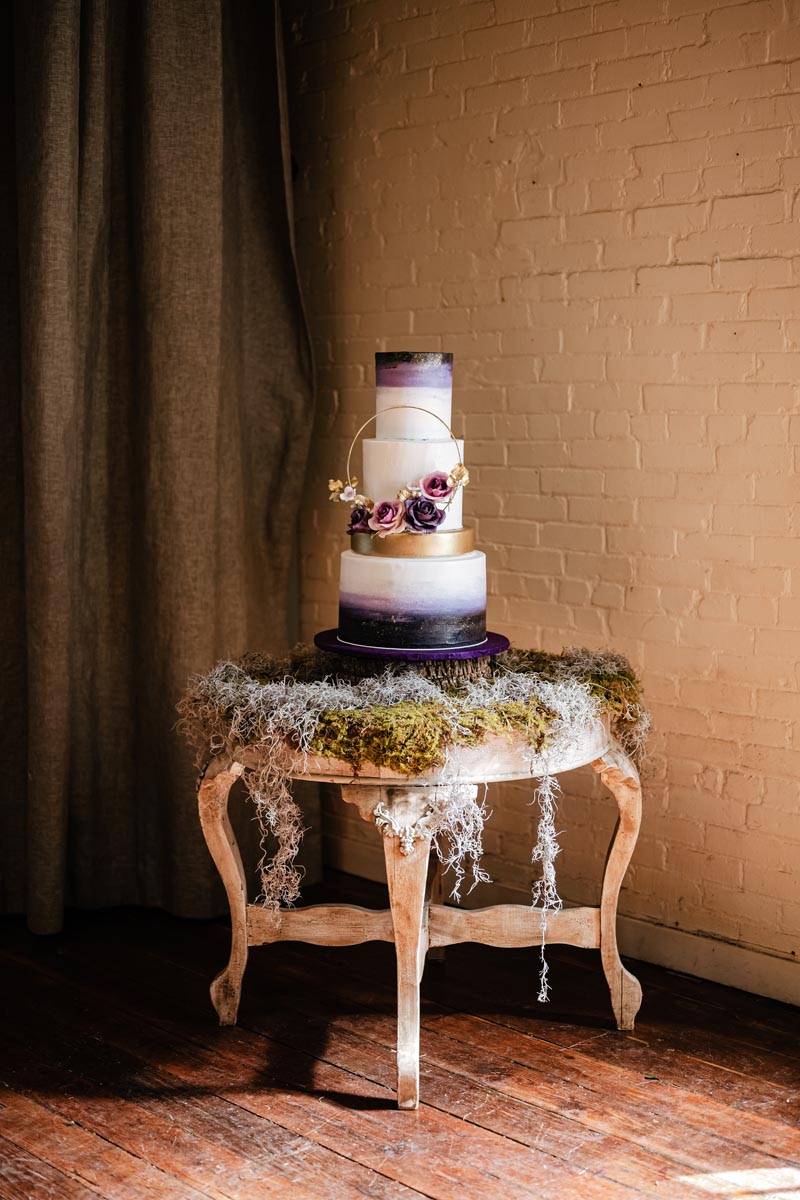 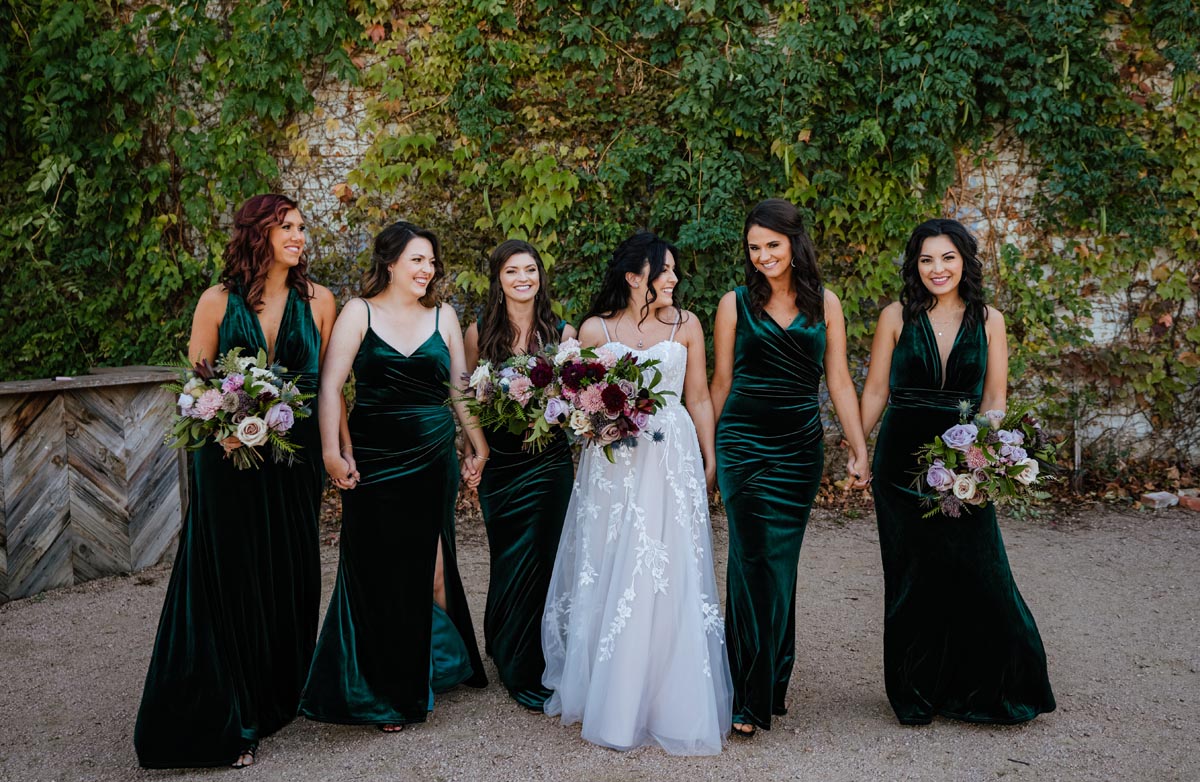 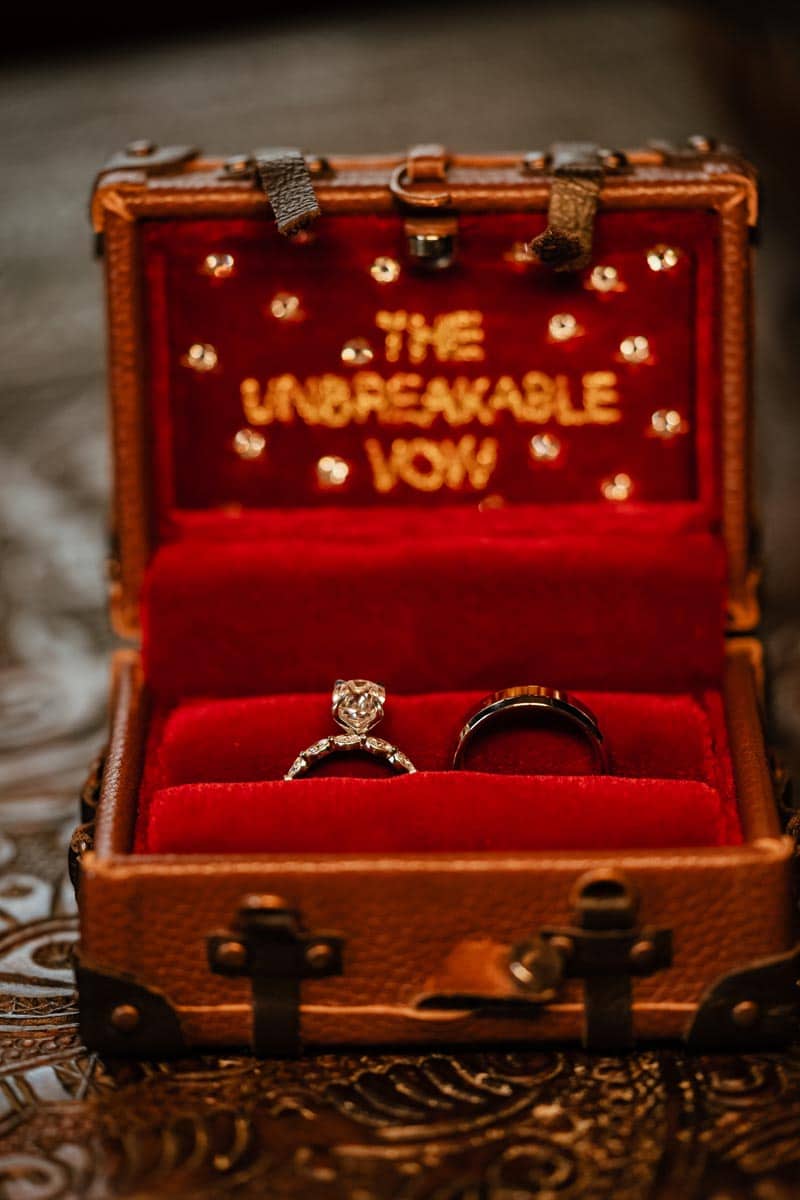 Every detail of their wedding lent itself to the magical theme. Their stationery was black with metallic gold accents and the font was reminiscent of quill writing. They loved the idea of having long tables for a “feast style” reception. The music during the ceremony and reception was personalized and included string versions of “Imperial March” from Star Wars and “Hedwig’s Theme” from Harry Potter. Megan’s brother officiated the wedding and tailored his script to fit their geeky, fantasy theme.

Megan wanted to feel like a princess from a fantasy novel, and her dress from Lang’s Bridal made her wish come true. Megan wore a matching cape instead of a veil. Her jewelry was nature-inspired, with floral, pearl and crystal details.